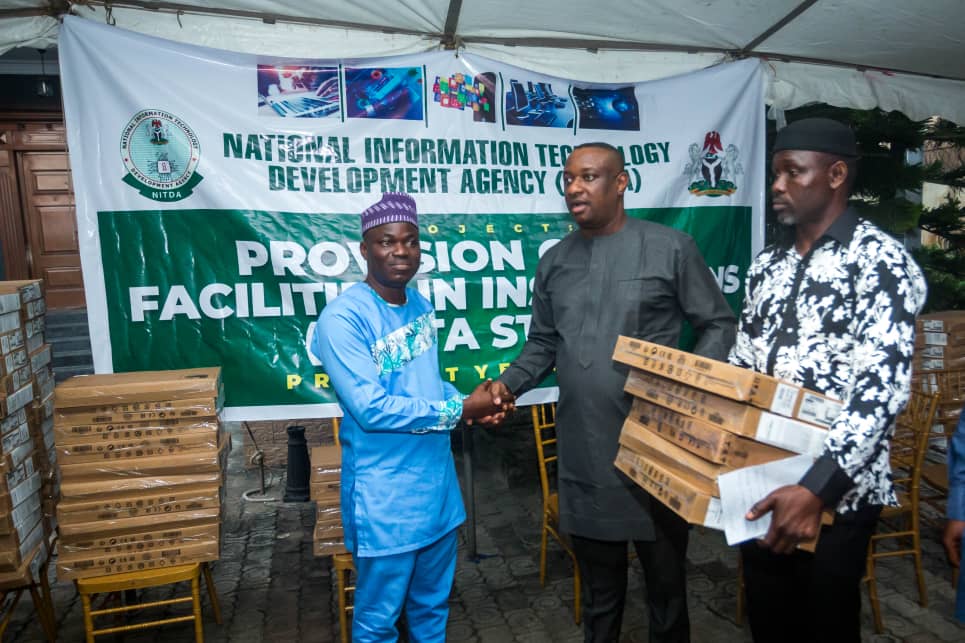 The Palace of the Ovie of Uvwie Kingdom, His Royal Majesty, Emmanuel E. Sideso, OON, JP ABE 1 and some notable schools were among the beneficiaries of the just concluded empowerment programme of the honourable Minister of State for Labour and Employment, Festus Keyamo SAN.

Among others that were part of the 100 computer laptops distribution are Legend International School, Otokutu, Urhobo college, Effurrun and the Uvwie’s palace.

Reacting to the kind gesture of the honourable Minister, the royal father, His Royal Majesty, Emmanuel E. Sideso, OON, JP ABE 1 who was so excited prayed to Godfor God’s support for the
Ovie of Uvwie palace digital library.