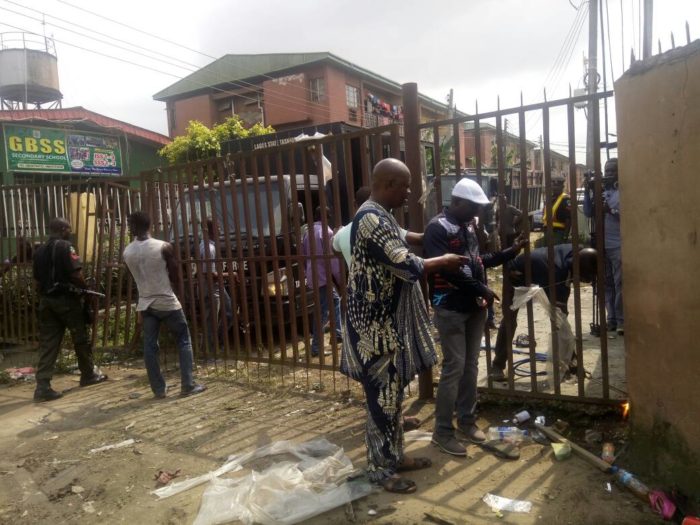 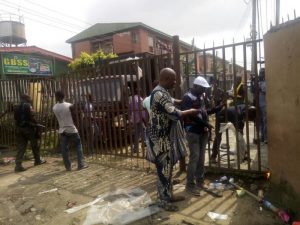 The Special Taskforce Committee set up by Lagos State Government on demolition of gated streets has begun enforcement exercise on the removal of gates at both the metropolitan and suburb areas of the State that failed to comply with the government’s directive on Gated Streets regulation.

So far, the government had demolished 38 street gates that were shut against traffic between the hours of 5.00am and 12 midnight.

The state government had earlier directed that all street gates be made accessible between 5.00am and 12 midnight every day after series of awareness campaign and the need to adhere strictly to the government directive.

It expressed displeasure with the attitude of some communities acting in defiance with the order.

Speaking at the commencement of the enforcement exercise which kicked-off from Surulere, Ajeromi Ifelodun, Ikeja, Isolo, Ikosi-Isheri, Ojodu and Amuwo-Odofin areas of the State, on Thursday, the Senior Special Assistant to the Governor on Community Affairs, Alhaji Tajudeen Quadri said those acting contrary to the law were posing a great security threat to government’s resolve to achieve a safe and secured Lagos.

He disclosed that government’s policy on gated streets was meant to earn the confidence of residents and investors in the State, noting that the act of denying motorists and pedestrians access through the various community gates before the stipulated time did not positively reflect the image of the state government as being investor-friendly.

According to him, the illegal closure of gates also contributed to the activities of criminally-minded individuals who indulged in dispossessing residents of their belongings, thereby making it difficult for security agencies come to the rescue of victims or apprehend the perpetrators. 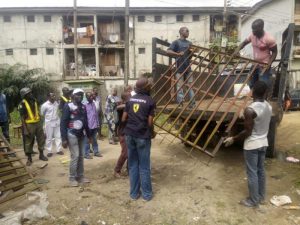 “The act of partial or permanent closure of gates against Street Gated Regulations of the State affects businesses encourages miscreants to take advantage of residents and get away with their belongings and in case of fire outbreak the community affected will not be easily accessible by the rescue teams,” he said.

He said that the policy, being an executive order by the State Governor, Mr. Akinwunmi Ambode might warrant arrest and prosecution of non-complying communities where necessary.

Quadri added that the activities of the various communities affected had further made free vehicular movement difficult in those areas where roads leading to the closed gates were not accessible by commuters.

During the exercise, some aggrieved residents whose gates were removed kicked against the act while others commended the exercise by the state government for the exercise

A resident at Idita Street in Surulere Local Government, Mrs Deborah Ogunbiyi expressed satisfaction with the exercise, saying passing through easy access roads had been difficult due to closure of gates with other inconveniences that comes with it.

She said members of the community would continue to support government policies and programmes to make Lagos safer and better.

Another residents in Yekini Okobale , Isolo Local Council Development Area commended the government for the exercise and that the illegal closure of the gate had prevented pregnant women in labour to access other gates in case there is traffic gridlock anytime there is emergency.