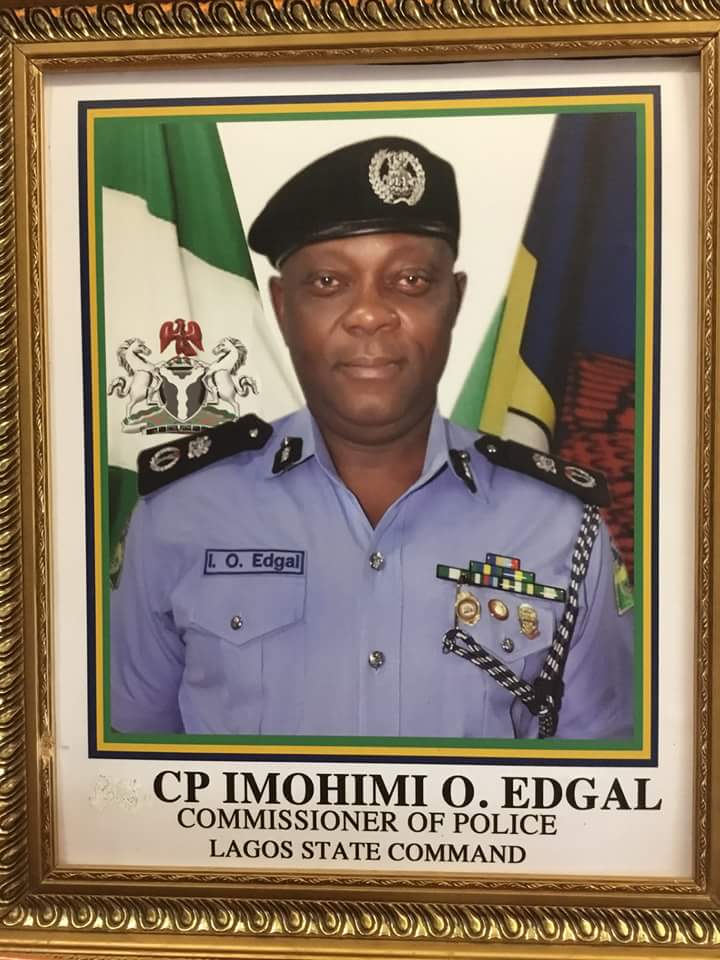 To ensure that policemen in Lagos are at their professional best always, the Commissioner of Police, Lagos State, CP Edgal Imohimi has banned police operatives in the state from operating in mufti and commercial vehicles such as the yellow buses popularly known as Danfo or other commercial buses. Unmarked vehicles will only be used occasionally for covert operations targeted at a specific individual or group based on credible intelligence.

The Command is not unaware that some unscrupulous individuals impersonate as SARS operatives. To this end, the CP urges members of the public to take note of the dress code for SARS operatives in the Command. The dress code is as follows:
1. A black jacket and a fez cap.
2. In the front of the jacket, the word police is written in white at the top right part.
3. At the bottom left part of the jacket,
F-SARS 039 is written there.
4. At the back of the jacket are
inscriptions “F-SARS LAGOS,” “SCORPION” and a red image of a Scorpion.
5. On the fez cap are inscriptions
“F-SARS” and “SCORPION.”

Members of the public are enjoined to always make their complaints against erring policemen including those who violate the patrol guidelines and the dress code by calling any of the lines above. The Command can also be reached on the social media platforms (Facebook, Twitter and Instagram) via @policenglagos.

It will be recalled that the Command as part of its disciplinary measures, recently dismissed eight policemen for various offences against discipline.

See Full list of 15 Senators that dumped APC for PDP