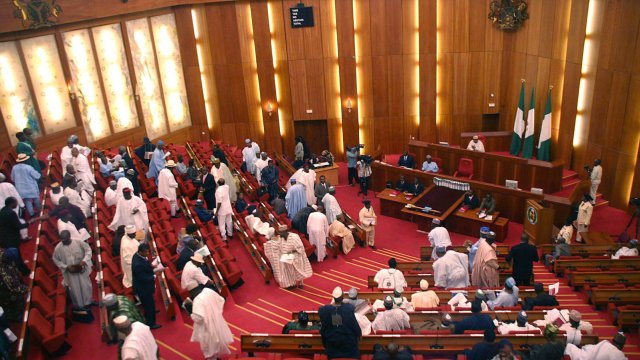 Early hour of today, its was a big drama at the upper at chamber as 15 Senators defected from the ruling All Progressives Party (APC) to the Peoples Democratic Party (PDP) during plenary on Tuesday.

The Senators announces their defection during the plenary on Tuesday.