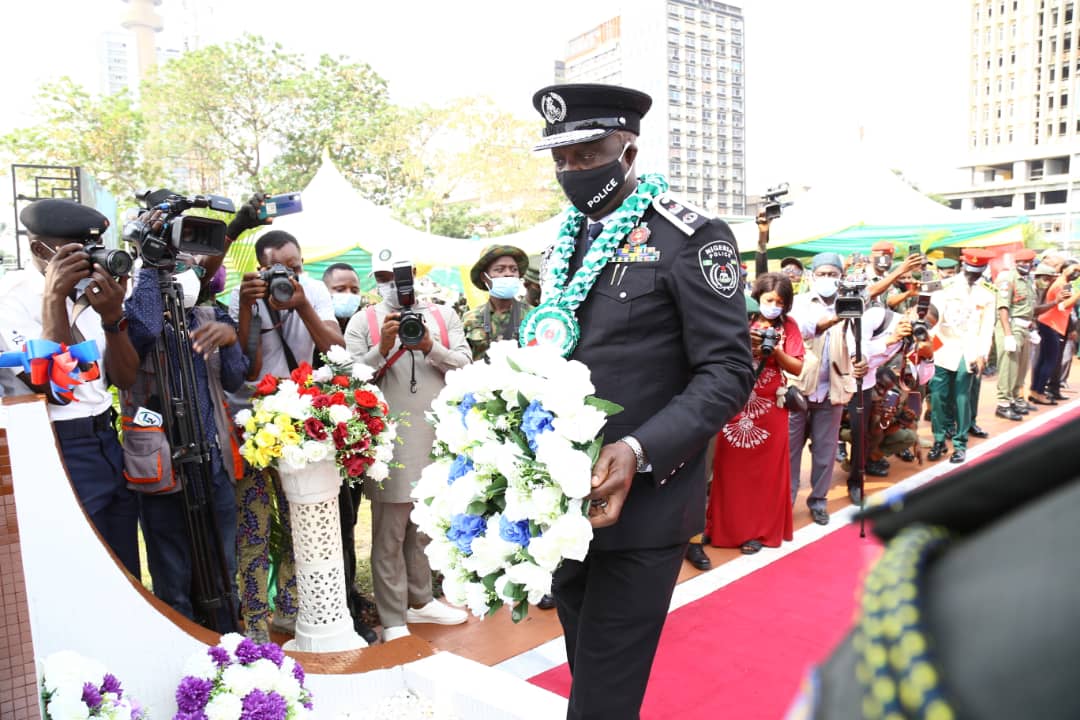 The Commissioner of Police, Lagos State, CP Hakeem Odumosu, has assured the good people of Lagos State of improved and sustainable synergy among security agencies for better policing of the state.

The Commissioner of Police, amongst other security chiefs in the state, assisted the Governor of Lagos State, Mr Babajide Sanwoolu, in performing the remembrance rites and laying of wreath accordingly. Others in attendance were the Deputy Governor of Lagos State, Prince Dr Femi Hamzat, the Secretary to the State Government, Mrs Folashade Jaji, top government functionaries, the State Chairman ,Nigerian Legion, Col S Akande (retd) and senior officers from the armed forces and the police.

The police boss, who doubles as the chairman of the Lagos State Security Council, seized the opportunity to pay tributes to the fallen heroes and admonish the gallant officers and men on the field, defending the territorial integrity and sovereignty of our beloved country, Nigeria, to be focused and patriotic as the present security challenges in the country are not insurmountable.

The Lagos police boss also appealed to Lagosians to always pray for security operatives, be law-abiding and embrace community-based policing as a civic responsibility.