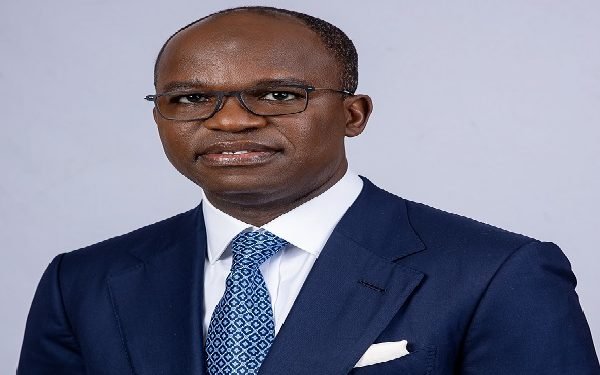 The Senator representing Lagos East Senatorial District, Mr Tokunbo Abiru, Friday asked a Federal High Court in Lagos to dismiss a challenge on his eligibility for the office.

Abiru, of the All Progressives Congress (APC), told Justice Chuka Obiozor that the suit filed filed by the Peoples Democratic Party (PDP) candidate in the last December 5 senatorial bye-election, Ademola Gbadamosi, was incompetent, defective and ought to be struck out
Gbadamosi, the plaintiff, is pursing a claim that Abiru was ineligible for the election on grounds relating to alleged double voter registration and indigeneship.

But Abiru, who won the election by a landslide, polling 89,204 votes against Gbadamosi’s 11,257 votes, argued his objection to the suit through his counsel Mr Kemi Pinheiro, SAN.

The lawyer told the judge that the Plaintiff’s suit was statute-barred, incompetent and was commenced via a wrong procedure.

Relying on his preliminary objection and rewritten address, Pinheiro observed that Gbadamosi’s Originating Summons was “incompetently and inelegantly drafted” and contained “ungrantable reliefs.”

He stated that the Plaintiff formulated nine issues which relates to double registration and the indigeneship but that rather than argue the said issues, the Plaintiffs went on to argue two new different and distinct issues.

The Silk argued that the only thing left for the Court to do was to strike out the said Originating Summons for being defective.

Citing Order 3 Rule 6 and 7 and of the court’s rules, Pinheiro argued further that the action ought not to have been commenced by Originating Summons, “and as such, the Plaintiffs had come under the wrong procedure.”

As regard Gbadamosi’s allegations of crime against Abiru, the counsel stated that the suit was a civil action brought by originating summons and the court could not make a finding on an allegation of crime.

He argued that the right to vote under section 66 was very narrow and that residence of the candidate does not fall under such.

Relying on INEC v. Atuma, he noted that the issue of residency does not disqualify a candidate from contesting an election. He drew the court’s mind to Faleke v. INEC, where the court held that a candidate cannot be disqualified by reason of him registering in a different constituency and that sovereignty belongs to the people to choose their elected officials and not the Court to choose for the people.

The plaintiff’s counsel, Mr Ebun-Olu Adegboruwa, SAN, could not respond due to the absence of the APC’s counsel, Mr Abiodun Owonikoko, SAN.

Due to the earlier request for an adjournment to enable Owonikoko take the APC’s counter affidavit and arguments therein, Justice Obiozor adjourned till January 22, for continuation of argument.

No approved COVID-19 vaccines yet – NAFDAC