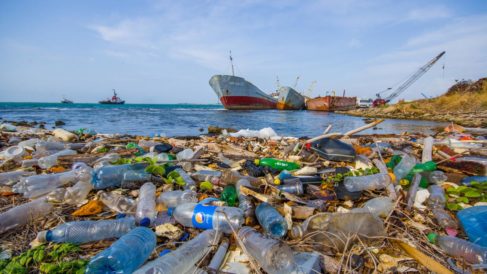 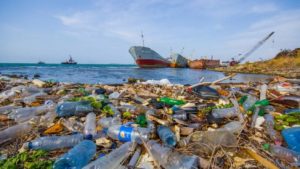 Lagos State generates 0.17 million metric tons of global plastic wastes, according to a 2010 data captured in a Wall Street Journal publication of February 12, 2015.
The report showed that Nigeria ranked ninth among countries that pollute oceans and waterways and contributes 0.34 million metric tons.

Commissioner for the Environment, Babatunde Durosinmi-Etti, disclosed this during the launch of Clean-Up Lagos Waterfronts initiative at Ibeshe Waterfront in Ikorodu yesterday.

He stated that the marine ecosystem was delicate and must be protected to effectively facilitate socio-economic activities such as transportation, power generation, irrigation and preservation of aquatic life.

Durosinmi-Etti explained that the water bodies, which were priceless gifts of nature with huge aesthetic, tourism and economic potentials, have been subjected to all forms of abuse and degradation, including dumping and littering of the waterfronts with solid wastes and debris.

He urged users of waterways and waterfronts to see the natural resources as precious gifts of nature that should be protected and preserved, while charging operators in the water transport sector, such as sand dredgers, fishermen, private boat owners and owners of other facilities along the waterfronts to protect the waterways.

He said Governor Akinwunmi Ambode was committed to the environment, as demonstrated by the implementation of Solid Waste Management sector reforms, saying this will ultimately eliminate plastic waste pollution, especially in the water bodies.

Speaking, General Manager, Health and Safety, Nigerian Ports Authority (NPA), Yusuf Ahmed, noted that the exercise was important because a large percentage of solid wastes in the Lagos waterfronts end up in NPA channels and the ocean.

“The wastes disturb our senses and the use of waterfronts. This is harmful to aquatic life and could negatively affect the nation’s image in the international community,” he stated.

The maiden Cleanup of Lagos Waterfront with the theme: Save Our Waterfronts, was organised in partnership with the NPA and other stakeholders