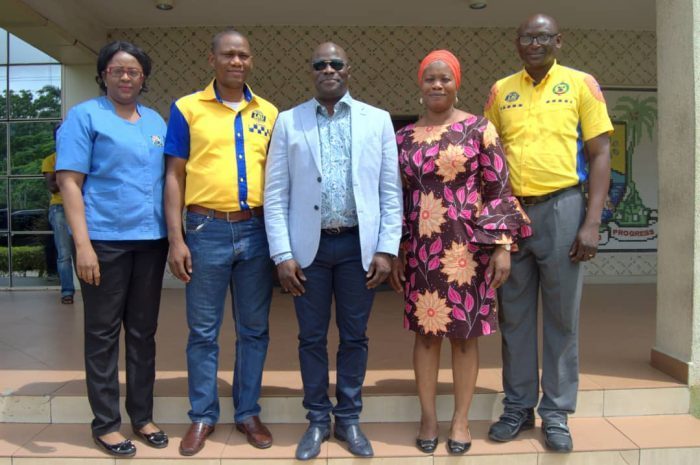 The Director-General, Lagos State Emergency Management Agency (LASEMA), Dr Olufemi Oke-Osanyintolu (middle), during a stakeholders’ meeting with officials of the States’ Civil Service and LASEMA in preparation for flood predicted in some parts of the state.

Oke-Osanyintolu made the appeal in Lagos during a stakeholders’ meeting of the State Civil Service with LASEMA in preparation for flood.

He said government was working toward reducing risks as well as vulnerability in places such as households, communities and the workplace.

Oke-Osanyintolu advised stakeholders, especially the local governments and Primary Health Care centres to reassess their preparedness against flooding to guide against the prediction by NIMET.

“We are appealing to the Ministry of Justice to look into our laws on what we need to do in a situation where there are resistance in some swampy communities and the residents refused to vacate.

“We know that the area could jeopardise their health and their well-being. That is why we need to fine-tune the existing laws to ensure safety of lives and property.

“The present administration of Babajide Sanwo-Olu, believes so much in all the key stakeholders in managing emergency and also to ensure safety of lives in the state,’’ he said.

Oke-Osanyintolu gave a red alert to the stakeholders in the Emergency Department, saying that disaster management should be everyone’s responsibilities.

He said that both the Lagos State Government and LASEMA assured the people of safety of lives and property.

Oke-Osanyintolu said the agency had organised a road show for creating awareness as well as creating a special view with the Graphic Information System (GIS) method to map out all the areas that were prone to flood in the state.

An Expert in GIS, Mr Olusola Olujayetan, said that Eti-Osa Local Government had the highest percentage (79.38 per cent) of its land area liable to flood risk followed by Ajeromi-Ifelodun with 66. 61 per cent.

Ganduje implements RUGA, as other govs opt out