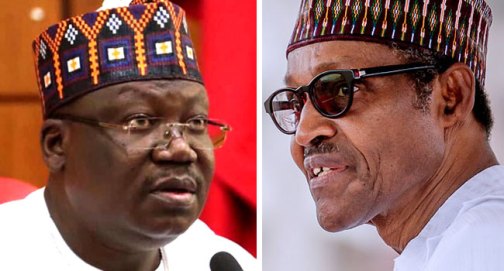 President of the Senate, Ahmad Lawan, has said that the All Progressives Congress (APC) may face challenges after the exit of President Muhammadu Buhari from office in 2023, except timely interventions are taken to avert same.

Lawan gave the warning on Monday night in a speech delivered to close the First Progressives Youth Conference 2021 which held at the International Conference Centre, Abuja.

According to him, the party must begin to plan ahead to sustain the goodwill and legacies of the present administration by ensuring that its leaders hand over power to competent youths in the All Progressives Congress.

He noted that by doing so, the party would be able to retain its appeal and nationalistic outlook beyond the 2023 general elections.

He said, “Whether we like it or not, the truth is, President Muhammadu Buhari remains the person with the bulk of the support we get across this country in APC.

“[And] when he leaves, he would still have some roles, but I daresay that it is after he leaves office that APC will face its challenge.

“So, we need to do a lot to build this party, and we need our youths more than ever before for them to continue with this legacy that this administration has established all over the country.

“That means we have to see our selves as brothers and sisters regardless of where we come from.”

The Senate President added that, “our tribe or even ethnic group, our religious persuasion should not matter when it comes to uniting this country.

“[And] as APC, the onus is on us to provide security and an economy that will bring growth and development to give people the kind of life that is meaningful.

“We can ask others to join us, but we are the ones to do it, so we need all hands on deck.”

He lamented that the plan of the APC to deliver on most of its promises to Nigerians was stalled in the first tenure of the President Buhari administration as a result of the feud between the National Assembly and the Executive arm of government.

“When we were voted in 2019 as leaders of the National Assembly, we were conscious of one thing, that our mandate that was given to us by Nigerians in 2015 had suffered disruption and dislocation.

“For four years (2015 to 2019), our government could not perform optimally because of the then crisis between the parliament – the National Assembly – and the Executive arm of government.

“So, APC had already lost four very important years. And, that was supposed to be the years that we should have convinced Nigerians that they took the right decision by voting out a PDP administration in 2015.

“So, we took the conscious decision of working in harmony that our relationship must be characterized by consultation, coordination, partnership and mutual respect, that we must succeed in the second tenure (2019 – 2023).

“Otherwise, in 2023, many would like to see our backs if you can’t provide the services expected of you in your first four years.

“[And] you to change and do better, why would anybody give you eight years?

“So, we felt we have an obligation to Nigerians who voted for us, to our people in APC and to our country, that we must work in such a fashion and manner that government is able to deliver services to Nigerians.”

The Senate President further disclosed that the ongoing amendment to the 1999 constitution will accord priority to inclusion of youths in governance.

He explained that the aim was to ensure that power is divested to younger generation in a way that allows them to participate in the process.

“Power is not given by opposition. When were out of power or when we came in, another party was in control of the country – the PDP.

“There was no way the PDP could have given us power a la carte, but the people of Nigeria mobilized and, of course, that government was voted out.

“But when it is a family affair, and this is my position, power is given not taken. Imagine yourself and your children, you want them to be better than you.

“But when you say power will not be given, that family is dysfunctional. So, power is given and can be given. How I wish it would be given.

“I am with you and I am on your side. I am still on the side that we can give power to our youths.

“We should enable them, prepare them and tell them this is the way to go. You have seen us do it, and you can do better because of the energy and capacity that you have.

“These days, our youths have more capacities, what they may lack is that clout.

“So, we also have to mentor our youths, but we have to give them the opportunity to participate in governance.

“I really feel we can do better to have more youths and more women in our government and party positions.”