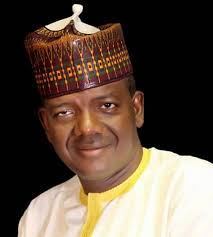 In a statement released by his campaign media team Matawalle, lament the increasing spate of killings in parts of Zamfara State and called for drastic actions to curtail the bloodletting.

The Zamfara PDP gubernatorial candidate in 2019 election, condemned in strongest terms, the unnecessary and barbaric act of the perpetrators and demanded for justice for the victims.

Matawalle, also expressed concern over the spate of attacks and killings of innocent citizens in various parts of the state and called for the restructuring of security system in the state to check the incessant murder of people in various communities across Zamfara state.

He said the perpetrators of such evil will never have peace in their life and urged the security operators to be up and acted well ensuring the protection of lives and properties in all the nooks and cranny of the Zamfara state.

It’s very unfortunate that our people are being killed on daily basis but too worried our leaders both in the state government and federal government showing nonchalant attitude in protecting Zamfara people lives.

It’s annoying Zamfara people are slaughtered but no even serious word of sympathy from the both federal government and state government of Zamfara.

Matawalle prayed for those who lost their lives in the attack and pray for the speedy recovery to those injured in the attack.

HOW I MAKE N3.6m PROFIT FROM SELLING HARD DRUGS  – SUSPECT