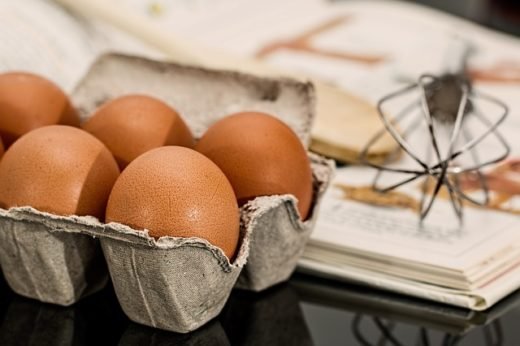 Ogbeh made the call in Akure during the flag off of the pilot phase of the National Egg Production (NEGPRO) Scheme in Ondo State.

He said the Federal Government would not continue to spend billions of dollars annually on importation of milk and its products.

The minister explained that although Nigeria needed better quality of beef and milk, the country needed to produce its own.

“We can grow our own cattle, chickens and produce our own eggs,” he said.

Ogbeh further said the egg production programme would transform the lives of many Nigerians by creating employment for all.

He urged Nigerians, especially youths, to join hands with the government to make the programme a success.

Gov. Oluwarotimi Akeredolu appreciated the Federal Government for the choice of Ondo State as the pilot scheme for NEGPRO.

He promised to partner the federal government and other agencies in the forefront of agriculture.

Akeredolu observed that the era of automatic white collar jobs was over hence the need for the training of 18,000 youths across the state.

The governor, who decried incessant clashes between herdsmen and farmers, said security agents had been mobilised to forestall undesirable incidents in farms across the state.

Responding on behalf of the beneficiaries, Mrs Augustina Ebiwonjumi, Chairperson, Poultry Association of Nigeria, Ondo Chapter, thanked the federal and state governments for the gesture.

She, however, assured that the grant would be judiciously used for the purpose it was meant for as well as ensuring that the scheme was sustained.

N564 million was presented to the poultry farmers by the federal government as take-off grant.