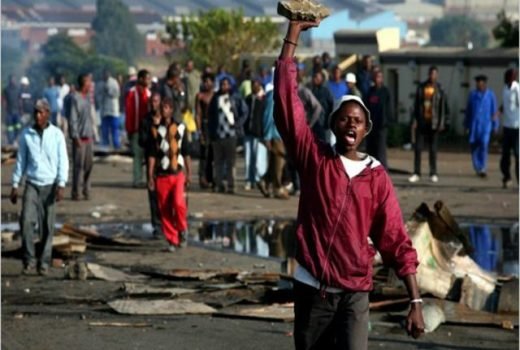 Ambode made the call on Friday at a Special Juma’at prayer held at the Secretariat Mosque, Alausa, Ikeja, to start commemoration of the 2018 Armed Forces Remembrance Day in Lagos.

The day, marked every Jan. 15, is in honour of fallen heroes Furthermore, it is a day to celebrate both the dead and the living heroes who suffered various deprivations as a result of wars.

Ambode, represented by his deputy,  Dr Idiat Adebule,  said that deep reflection on wars, unrest and agitations would  promote peace and stability in the country. According to the governor,  the Friday prayer was to acknowledge the contributions of the nation’s fallen heroes.

”We also acknowledge what our serving military personnel are doing on the battle field and pray that the Almighty God will grant them victory as they protect the territorial integrity of the nation.

”As a nation, it is important for us to look inward and come up with how best we can prevent the causes of wars, whether big of small.

”As a government, we will continue to promote justice, security, equity and peace via policies and programmes that will meet the needs and aspirations of the citizens,” he said.

Ambode also urged Nigerians to continue to pray for peace, unity and progress of the country.

”As a nation, we are yet to learn our lessons,  as these problems are still occurring in our present day society. “We are experiencing Boko Haram war, Niger Delta agitation, herdsmen attack and the likes.

”God has blessed us with many natural resources to help us to survive and be peaceful as a nation. ”

All we need to do is to put these gifts to good use to make our society a better place.

”When the society becomes a better place, there will be no war, attack, unrest and agitation,” he said.

Onibon urged governments and people in leadership positions to manage human beings and other resources in their care with justice.

According to him, they are to ensure adequate welfare packages for families of fallen heroes as well as prompt payment of gratuity to retired military personnel. He also called for the adequate equipping of serving military personnel with modern and sophisticated weapons.

“This will help them to combat the enemies effectively and help them in putting in their best to the service of the nation.

”Governments should also put mechanisms in place to empower the youth.

“By so doing, it will make the youth to shun violence,” he said. He urged Nigerians to pray for the gallant men and women who laid down their lives in the service of the country.

Military personnel –  army, navy and air force and the Nigerian Legion participated in the  prayer