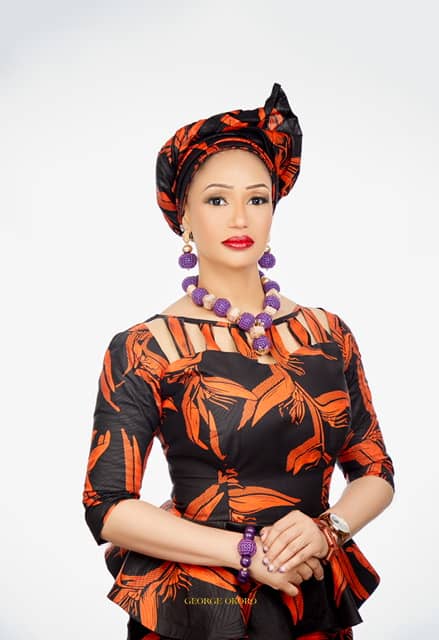 Steps down from Board of ‘Empower 54’

Princess Modupe Ozolua, CEO, Empower 54, a non-governmental organization, has announced her decision to temporarily step down from the Board of her NGO in order to focus on her assignment as Special Adviser to the Deputy Senate President, Ovie Omo-Agege, on Non-Governmental Organizations (NGOs).

In a statement issued in Abuja at the weekend, Princess Ozolua said, “This appointment is an addition to my contribution to serving humanity and I am honored to work with the Deputy President of the Senate, Senator Ovie Omo-Agege; who is a true statesman and philanthropist.”

Princess Ozolua has dedicated the last 17 years of her life to serving humanity through her NGO, Empower 54, conducting charitable activities in Nigeria, Democratic Republic of Congo and the United States. In 2001 at the age of 27, she pioneered cosmetic surgery to Nigeria and West Africa as well as arranged reconstructive surgery for indigent children with cleft palates, etc through her Body Enhancement Annual Reconstructive Surgery, BEARS, which later became Empower 54.

Explaining why she stepped down from the Board of her NGO, Princess Ozolua further said, “This decision is to prevent any conflict of interest as I am now responsible for initiating legislative bills applicable to NGOs in Nigeria. Although I am still operating in the non-profit space, this is completely different. Prior to my appointment, the decisions I made only applied to Empower 54 and the number of people impacted by our benevolence.

“But now, the contributions I make through the office of the Deputy Senate President affect over 100,000 NGOS, INGOS, CSOs and about 200 million Nigerians. That’s a great deal of responsibility and I am fortunate to be working with Senator Omo-Agege who is genuinely passionate about achieving results that would eliminate the suffering of Nigerians and advance the development of the country” Princess Ozolua said.

DSS clears air on ‘terrorists movement in Abuja, other states