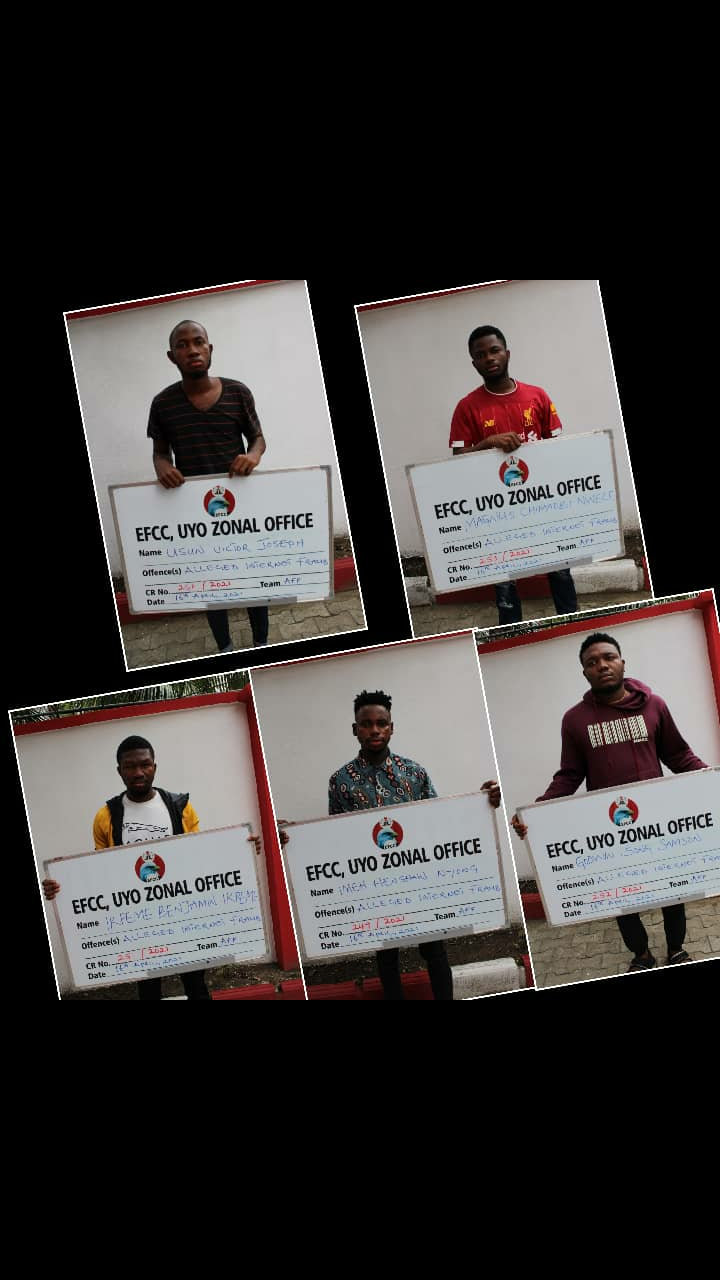 Operatives of the Uyo Zonal Office of the Economic and Financial Crimes Commission, EFCC, on Friday March 16, 2021, arrested one Imeh Henshaw Nyong, a music producer and four others for alleged internet fraud in Uyo, Akwa Ibom State.

The suspects, whose ages range between 22 and 25 years, were arrested in an early morning raid at two locations in the state, based on credible intelligence on their alleged involvement in cybercrime.

While Nwele was arrested at 23 Calabar Itu Road by Urua Ikpa junction, Nyong and the other three were nabbed at 25 Faith Road, Off Ikot Ekpene Road, in Uyo, Akwa Ibom State.

They will be charged to court as soon as investigations are concluded.