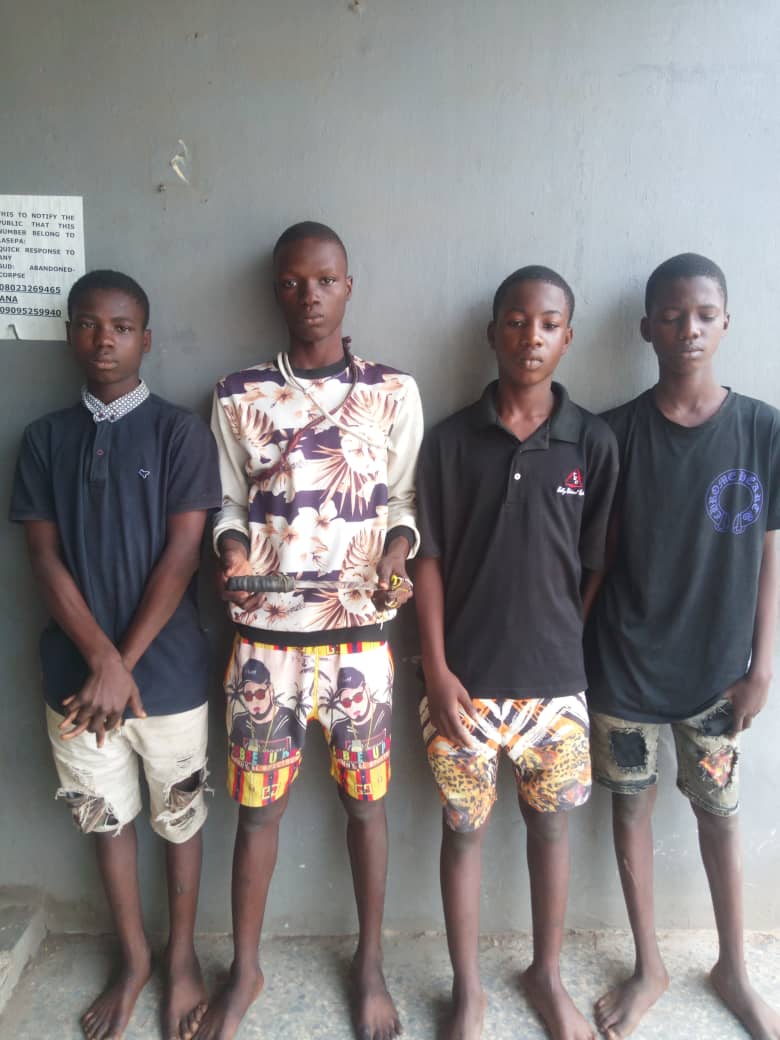 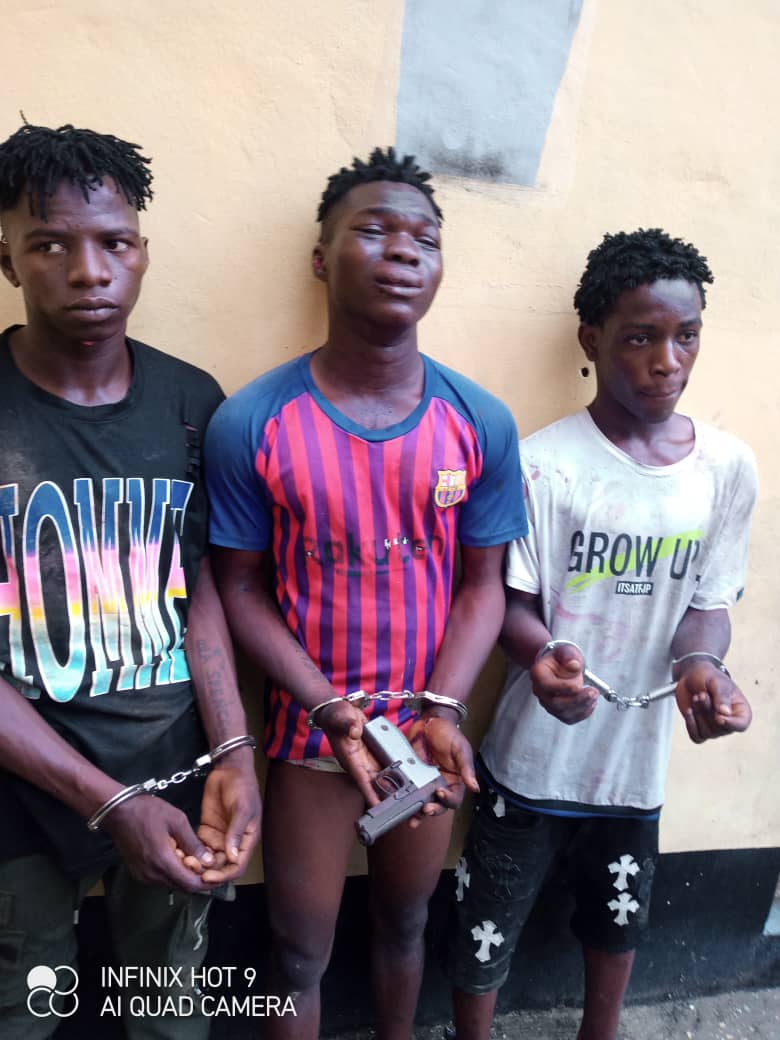 The Police operatives had got winds of the planned reprisal attacks on their rivals in the school and raced to the scene immediately the suspects arrived to cause pandemonium and attack their targets.

Items like cuttlasses, weeds suspected to be Indian hemp and assorted charms were recovered from them.

One Beretta pistol, weeds suspected to be Indian hemp and assorted charms were recovered from them.

The Commissioner of Police, Lagos State, CP Hakeem Odumosu, has ordered that the suspected cultists be moved to the Command’s Special Squad, Ikeja, for proper investigation and possible arrest of other members of their gang, while the suspected armed robbers be properly investigated and profiled by the Anti Robbery Section of the State CID.

The police boss reiterated his commitment to eradicating cult related crises and other forms of criminality in Lagos State; and making the state very hot for the survival and operations of any cult or robbery group in the state.

Music Producer, Four Others Nabbed For Alleged Cybercrime in Uyo