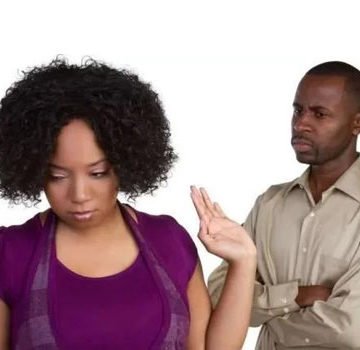 Folashade, 32, who made this known when she testified in her divorce petition, said that her husband stabbed her in the hand with a broken bottle.

“My husband accused me of leaving the children at home without his knowledge,” she said.

She begged the court to dissolve her 12-year-old marriage to Gbenga for alleged battery, a threat to life and lack of care for her and the children.

Folasade, a trader and resident of Igirigiri St. Ado-Ekiti, told the court that she packed out of the respondent’s house a year ago when he attempted to kill her.

She said the petitioner did not pay her dowry, adding that their cohabitation as husband and wife for the past 12 years had produced two children.

Folasade said the respondent often threatened ‎to kill her whenever they had any misunderstanding.

She said the respondent did not care about the feeding, welfare and education of her two children but preferred to leave the house in morning and come home at midnight.The petitioner urged the court to dissolve the marriage to enable her to have peace of mind to enjoy the fruit of her labour.

She requested that the respondent should be paying N10,000 as monthly feeding allowance of the two children and he should also be responsible for their education at all levels.

The President of ‎the court, Mrs Olayinka Akomolede, after hearing the testimony of the petitioner, adjourned the case to Feb. 28, for further hearing.