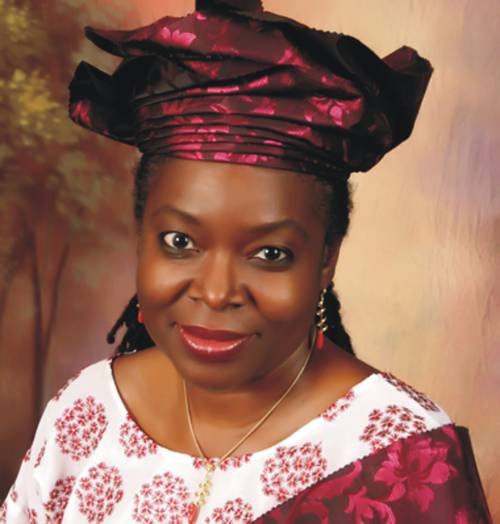 The presiding judge, Muslim Hassan adjourned the case on Thursday with a directive that the prosecution should avail the defence all the necessary documents they intended to use in the trial.

The judge’s directive was sequel to the complaints by the defence counsel that they have not been served with certain documents, including report of investigation, which the prosecution intended to rely upon in the case.

Oloye Jumoke Akinjide, alongside two others, are facing 24 charges bordering on conspiracy and money laundering.

The other defendants are Senator Ayo Adeseun and Chief Olanrewaju Otiti.

The trio were arraigned on January 16, 2018 by the Economic and Financial Crimes Commission.

The anti-graft agency accused them of collecting N650m from a former Minister of Petroleum Resources, Mrs. Diezani Alison-Madueke, in the build-up to the 2015 general elections.

The EFCC alleged that they ought to have “reasonably known that the money formed part of proceeds of an unlawful act,” adding that they handled it without going through a financial institution in violation of the Money Laundering (Prohibition) Act.However they all pleaded not guilty.

The judge had adjourned till today for continuation of trial, after the plea bargain proposal by the defendants failed.

At the resumed proceedings today however, the defence counsel, Chief Bolaji Ayorinde (SAN), Michael Lana and Oladeji Akinola, raised objections to the competence of an investigative officer with the EFCC, Usman Zakari, to testify as a witness in the case.

The defence counsel contended that Zakari’s statement was not front loaded as part of the proof of evidence made available to them by the prosecution.

They argued that allowing the investigator to testify as such would breach their clients’ right to fair hearing under Section 36 of the Nigerian Constitution.

They also cited Section 379 of the Administration of Criminal Justice Act 2015 to buttress their argument.

But the prosecutor, Mr Rotimi Oyedepo, maintained that the prosecution had complied with the requirement of Section 379.

Earlier, counsel for the 2nd defendant, had also told the court about an application by the 3rd defendant, seeking the return of the case to Ibadan.

He added that his own client had also written to the Chief Judge of the Federal High Court, praying that the matter be transferred to Ibadan for convenience.

Lana said for his client to effectively defend himself, he would need to call no fewer that 65 party leaders in Ibadan as witnesses.

He said it would not be convenient to bring the 65 party leaders from Ibadan to Lagos.

But Oyedepo said he had neither been served with the 2nd defendant’s application for transfer, nor had received a copy of the 3rd defendant’s letter to the Chief Judge.

Besides, he argued that the case, which was formerly in Ibadan, was transferred to Lagos at the instance of the defendants, particularly the Oloye Jumoke Akinjide .

In a short ruling, Justice Hassan said he was satisfied that the prosecution had complied with Section 379 of the ACJA, and that the investigator, Zakari, was competent to testify.

As to the prayer to transfer the case to Ibadan, the judge said he has not receive the 2nd defendant’s application, adding that the 3rd defendant’s letter could only be determined by the Chief Judge.

But shortly after being sworn on oath and making preliminary introduction, Zakari was cut short in his testimony by the defence counsel, who objected to his line of testimony.

Explaining how the EFCC came about the case, Zakari had begun by saying, “I know the defendant’s. Sometime early 2015, the commission received an intelligence, a top classified Category A intelligence, that sometime late 2014 – that should be in December – there was a meeting at the resident of the then Petroleum Minister…”

But he was interrupted by Lana, who argued that, that fact was not in the proof of evidence supplied by the EFCC.

The other defence counsel aligned themselves with him.

After long arguments, the judge said he would adjourn the case till Friday for the prosecutor to serve the defence with all necessary documents.

You have a case to answer, court tells Synagogue Church, Engineers over collapsed building