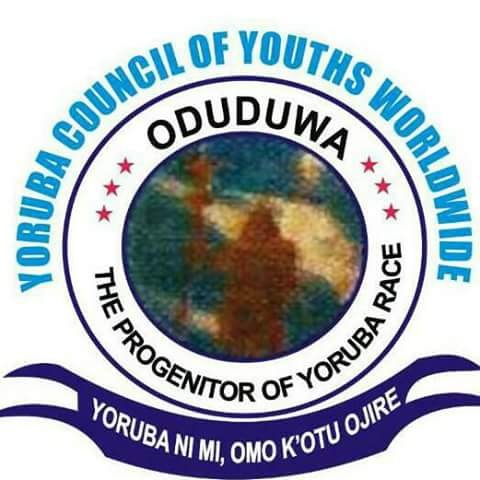 Being the speech texts of Aremo Oladotun Hassan, President, Yoruba Council of Youths Worldwide  at the Annual Yoruba Youth Assembly Lecture 2018, Held on Thursday 1st February, 2018 at the Premier Hotel, Ibadan, Oyo State.
His Imperial Majesty, Ooni Adeyeye Enitan Ogunwusi, Ojaja 11, the Ooni of ife.
The Executive Governor of Oyo State, His Excellency, Senator Abiola Ajimobi.
His Excellency, Dr Segun Mimiko, the Iroko Oodua.
Chairman of today’s epochal occasion, Aare Afe Babalola.
His Eminence, Aare Dr. Gani Adams,  The Aare Onakankafo Oodua of Yoruba Land.
And host of other eminent Nigerians.
All protocols duly observed.
At an occasion like this it calls for a profused sobering and concerted autopsy on the death of  democratic values: lack of people’s driven constitution,  true federalism, rule of law, monumental incarceration of the people vizaviz corruption, mass destruction of lives and properties across the land, indiscriminating pains and agony in the land resulting from unmitigated sorrows,  tears and blood of the innocent Nigerians.
Never a time have we witnessed this draught and catastrophic oppressive tendencies by any government who turns the state house as his personal empire, where orders are shunned out and forced down the throats of Nigerians uncontrollably.
This Federal Government has no plan in the interim nor in the long run to address the varying ailments of the nation viz the need to restructure and devolve the overbearing powers at the centre to the region and states, with 100%  autonomic powers to drive economic,  infrastructure and governance at the state and local government levels.
This was the primus interperes (first among equal) manifests promise of the Apc led party during 2015 general elections,  only to make 360 U-turn and turn Nigerians to beggars of restructuring. this to me is a breach of contract and democratic contraptions.
Their must be a way out to decide the pendulum of our fate, which must be firstly to change the chorus from ‘Restructuring Demand” to ‘Demand for a new people’s driven Constitution’, which shall give Nigerians the true sovereign liberty to vote ‘YES’  or ‘NO’ via a free and fair plebiscite referendum in Nigeria. this will insulate our confidence as citizens of this country.
it is only when power reside in the people that we can have real progress and development,  hence the long overdue burden of double jeopardy and mixedbreed experience of military and democratic systems has not granted real Alternative,  except for the 1963 constitution which is where we need to pick up Nigeria from, wherein the 1999 self amended constitution should be jettisoned and.discarded from our history archives.
As the leading umbrella body of the Yoruba Youth and Student associations in Nigeria and Diaspora we unequivocally demand that as Yorubas we must invoke and bring our native intelligence to bear now, by having harmonized system in the whole of southwest which the DAWN Commission needs to be commended on for their foresight and forthrightness in this regards,  while it is incumbent upon us as a race to unilaterally negotiate for A Southwest Development Commission at the federal level through a Presidential Executive Bill as done for the Northeast Development Commission or initiated by the National Assembly.
Also more needs to be done in the areas of demanding for more state and
local governments through the new national and regional constitutions respectively. which will give resource control powers to the units and the federal gets due allocation and not the obvious we have now.

Ahead of 2019 general elections Yorubas needed to be more united and frontal on the independence of INEC to conducting a free and fair election.
For the ongoing Continuous Voters Registration(CVR ) is essentially a grand ploy (to win at all cost) by the North to outsmart the South …for we shall have more minor voters in 2019 compared to what we saw in Kano 2 million votes saga, and other Northern zones in 2015.
Hence, our sacrifices and time is more important and required now, by getting  registered with INEC once you are 18 years and above…The PVC is the only way to balance the tides.
Presently INEC is now a mobile office going to schools and populated prone areas to get them registred while we are hell bound in the south to go to the designated inec registration centres.
knowing fully well that most of us are preoccupied during the day at work nor businesses,  which will remain so till December. …the longest CVR ever in Nigeria’s history.

We also condemn the fulani herdsmen invasion and war in southwest, having wrecked untold havoc across the country from Benue to Taraba now Ondo, Ijebu and other parts.this must be collectively cautioned, hene we are calling on the Aare Onakankafo in concerts with all stakeholders to convene a Southwest Security and Peace Summit anytime soon, inorder to frontallly address all the security dearths in Nigeria particularly the southwest and protecting the lives of the Yoruba people anywhere in Nigeria and globally.

Thanks for the rapt attention to address this highly august gathering of erudites and intellectuals..
Ajuwa se ooo.

Obasanjo Registers As Member For Coaltion For Nigeria Movement