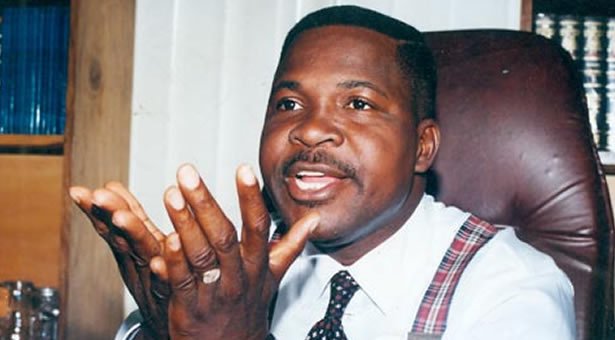 Comrade Chris C Ibe said Chief Gani Fawehinmi is a detribalized and patriotic Nigerian who represents civilization and justice in all his activities while he was alive and for youths to attack Chief Mike Ozekhome, SAN who is one of the living followers of Chief Gani Fawehinmi legacies and a believer of justice and respect for fundamental human rights of citizens remain unfortunate.

He said Chief Gani Fawehinmi will be crying in his grave because these sets of youths are making efforts in destroying his legacies of standing for the common man which Chief Mike Ozekhome, SAN has taken over upon his departure.

He called on the entire youths across Nigeria to restrrain themselves from being use as instruments of political intimidation and destruction which will not be of any benefit to their growth and development. According to his statement, Chief Gani Fawehinmi will never support such deviant behavior and anybody who is a follower of the Chief Gani Fawehinmi Annual lecture must not associate himself with such inhuman act of abuse of fundamental human right. He went ahead to admonish the youths to develop behaviors and values of appreciation to enable them see the positive things the likes of Chief Mike Ozekhome, SAN has done for Nigerians and mankind in general.

He also called on the police to arrest and prosecutes those youths to serve as a deterrent to others who might want to take a clue from the attack of Chief Mike Ozekhome, SAN to attack other well-meaning Nigerians to satisfy their political pay masters.