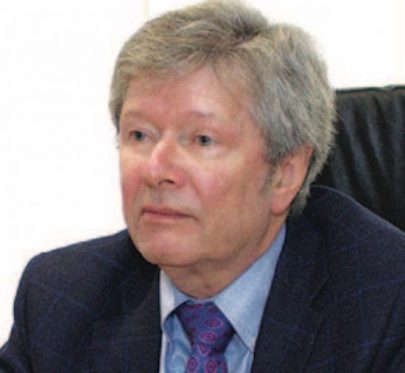 The Nigerian Government has given details of fraudulent circumstances surrounding the Gas Supply Processing Agreement (GSPA) with Process and Industrial Developments Ltd (P&ID) leading to the award of N9.6 billion dollars judgment debt against Nigeria.

Minister of Information and Culture, Lai Mohammed gave the account on Wednesday in Abuja while briefing newsmen on the outcome of the federal government delegation’s trip to London over the judgment debt. 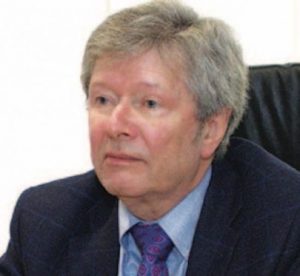 Brendan Cahill: one of the owners of P&ID

A UK court had on Aug. 16 authorised P&ID, a little known Irish engineering and project development company to seize the 9.6 billion dollars, about N3.5 trillion in Nigerian assets over the failed 20-year GSPA.

The court, however, on Sept. 26, granted a stay of execution of the judgment debt and also granted the government request for leave to appeal the decision.

Briefing the newsmen in Abuja, the minister reiterated that the contract entered into with the Ministry of Petroleum Resources, was nothing but a fraudulent contraption with no chance, or expectation, of success.

He said, P&ID, a company without a physical address and no known investment anywhere in the world, set out to dupe Nigeria from day one, with the connivance of unpatriotic, corrupt and greedy Nigerians.

“A contract of this magnitude cannot be valid until it has been vetted by the Office of the Attorney-General of the Federation and taken to the Federal Executive Council for approval. None of these was done.

“The sham contract was also signed in contravention of the Bureau of Public Procurement Act and the Infrastructure Regulatory Commission Procurement Act.

“While the MoU for the project was signed in 2009 by P&ID Nigeria Limited and the Nigerian government (Ministry of Petroleum Resources), a ‘trick’ clause dubiously inserted in the MoU was curiously activated.

“The clause allowed British Virgin Island (BVI)-registered P&ID to replace the original contractual party, P&ID Nigeria Limited, to sign the contract on Jan. 11 2010. P&ID, incorporated in BVI, is a shell company that has no history of any business except the phantom GSPA in Nigeria.

The minister also disclosed that there was no Board resolution approving the assignment of the contractual interest to P&ID BVI.

He said, according to the contract, the gas for the project was expected to come from OML 67 operated by ExxonMobil and OML 123 operated by Addax but none of the two companies was aware of the agreement.

“For such a supposedly important project, there was no budgetary provision for the implementation of the GSPA in the budget of the Ministry of Petroleum Resources in 2010,” he said.

The minister added that P&ID did not obtain the necessary licence to deal in petroleum products from the Department of Petroleum Resources as stipulated by extant laws.

He said the firm also neither filed tax returns nor paid VAT to the Federal Inland Revenue Service as required by law.

“P&ID never kick-started the construction of the project facility, despite its claim to have invested $40 million in Nigeria. It also never acquired any land to build the gas processing plant.

“There is no proof of any financial commitment by P&ID toward the execution and implementation of its own obligation as stipulated in the 2010 agreement.

“Similarly, the Central Bank of Nigeria confirmed there is no trace of any funds brought into Nigeria by P&ID,” he said.

The minister recalled that two Directors of P&ID Nigeria, Mohammed Kuchazi,and Adamu Usman had been convicted of charges of money laundering and economic sabotage.

They are , a Director of P&ID Nigeria.

He said suspicious payments were also made to Mrs Grace Taiga, the Legal Director in the Ministry of Petroleum Resources.

“Taiga was supposed to ensure that the interest of the country was adequately protected. Of course, the payment, transferred in three tranches, could only have been made in appreciation of the ‘good deed’ done to P&ID by Taiga.

“Also, billions of Naira in suspicious cash transfers were made by P&ID. Investigations continue into these transfers,” he said.

The minister assured that the Government has a good chance of being successful in its impending appeal of the judgment debt before the UK appellate court.