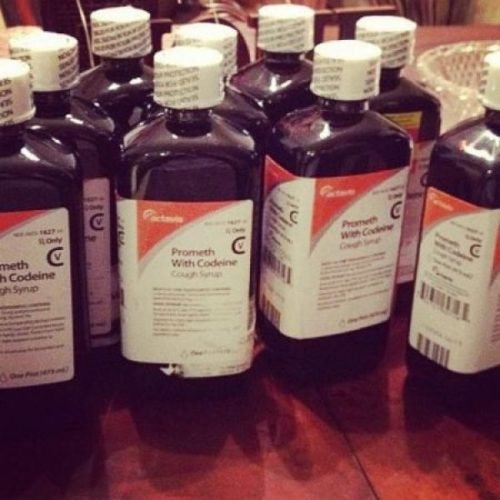 The Minister of Health, Prof. Isaac Adewole, made the decision known in a statement issued by Mr Olajide Oshundun, Assistant Director of Information in the ministry, in Abuja on Tuesday.

The ban came as Aisha Buhari, wife of the president expressed concern about the addiction rate to the drug, especially in northern Nigeria.

On her Instagram page, she asked for action from the authorities.

“I call on all security agencies, lawmakers, judiciary, drug manufacturers, civil society, regulators, teachers, parents, neighbours and you to take this as a personal war and halt the menace,” she added.

Aisha said on her Instagram account that her NGO, Future Assured has also recently launched a campaign against substance abuse.

“Simultaneously, the wives of Northern Governors are working tirelessly on the issue. They have recently renovated and commissioned a rehab centre in Kogi and Kebbi state, while similar efforts are ongoing in other states”.

Her intervention may have spurred government intervention, especially as it coincided with revelations that a pharmaceutical company in Lagos sold 60 bottles of the syrup to an undercover reporter in one fell swoop.

The company, Emzor Pharmaceuticals has sacked the sales executive, while it said it has also shut down the production of the codeine based cough syrup.

In the statement issued today, the minister of health directed the National Agency for Food and Drug Administration and Control (NAFDAC) to ban the issuance of permits for the importation of codeine as active pharmaceutical ingredient for cough preparations.

He also directed the Pharmaceutical Council of Nigeria, (PCN) and NAFDAC to supervise the recall for labelling and audit trailing of all codeine containing cough syrups nationwide.

He said the directive became necessary due to the gross abuse of codeine in the country.

In this regard, the minister said PCN had been directed to continue enforcement activities on pharmacies, patent and proprietary medicine vendors’ shops and outlets throughout the country.

He also directed NAFDAC to carry out its functions in compliance with the new directives.

The minister said cough syrups containing codeine should be replaced with dextromethorphan which is less addictive.

Dextromethorphan is a cough suppressant used to treat coughing, it is also a drug of the morphinan class with sedative, dissociative, and stimulant properties.

Adewole said the ministry would ensure collaboration among regulatory agencies for effective implementation of extant laws, regulations, policies and guidelines on codeine control and usage.

“These agencies shall work together to increase pharmacovigilance around codeine, tramadol and other related substances of abuse,’’ Adewole said.

“The ministry shall ensure that drug treatment intervention for victims of substances abuse shall be undertaken across the spectrum of health care delivery system in the country,’’ he said.

He renewed the commitment of government to ensure the full implementation of the National Drug Distribution Guideline (NDDG) by Jan. 01, 2019.

He added that the NDDG would also ensure the closure of all open drug markets penultimate the implementation date of the NDDG that is, Dec. 31, 2018.

It is estimated that as many as three million bottles of codeine syrup are drunk every single day in just two states, Kano and Jigawa.