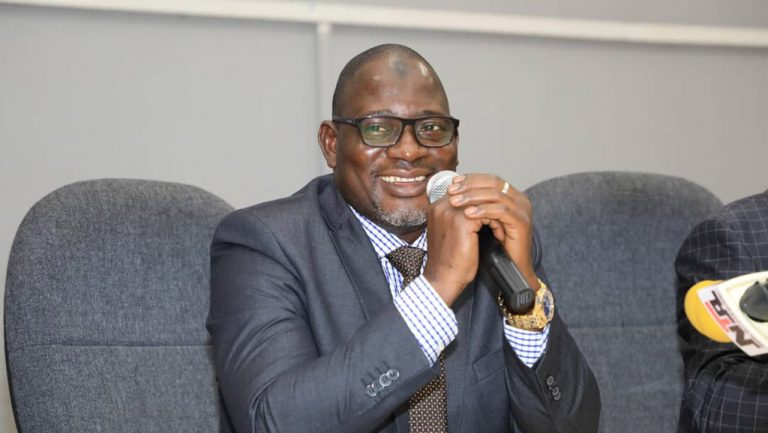 Nigerians and civil society organisations have lashed out at the executive chairman of the Federal Inland Revenue Service (FIRS), Muhammad Mamman Nami for proposing a whopping N4.131bn as refreshments and meal subsidies in the 2021 fiscal year.

According to budget doc­uments presented before the James Faleke-led Committee on Finance of the House of Representatives, the service is also proposing the sum of N310 million as security vote for the chairman in its 2021 budget estimates.

This was even as members of the House Committee on Finance expressed dismay at FIRS for proposing to expend a total of N1, 819,556,000 on contract drivers in 2021.

The figures which are contained on page 17 un­der the proposed Recurrent Overhead for the Year 2021 of the agency’s budget doc­uments shows that while the sum of N340 million is pro­posed for ‘refreshments and meals’, a whopping sum of N3, 791,456,233 was proposed as ‘meal subsidy’.

A closer look at the doc­ument also shows that the concept of meal subsidy as proposed by the service in 2021 is a new introduction to its budget proposal as there was no such thing in 2020.

The agency is also propos­ing to spend another N4.2 billion for staff welfare, fes­tivity, and other unspecified items.

This line item could be seen on page 18 under Re­current Overhead for the year 2021.

The agency, on page 47 of its document, has also pro­posed to erect solar street­lights at unspecified loca­tions across the country. On page 51, the agency proposed to spend the sum of N150 million for the said project.

Also under a subhead on page 51, captioned, ‘Power Electricity Distribution’, the agency has proposed to spend the sum of N680 million.

A total of this sum under the line item would amount to another N1.393 billion.

Under Acquisition of Land and Building, as seen on page 48, serial number 2200, the agency also pro­posed to spend the sum of N470 million on FCT Park and Recreation.

Lawmakers had ex­pressed dismay at the pro­posal submitted by the agen­cy at the review of the 2020 and defence of 2021 budget with the management of FIRS in Abuja.

The lawmakers also ex­pressed concerns at the astro­nomical increase in various expenditures incurred during the period under review.

The committee, which picked holes in what it de­scribed as bogus recurrent expenditure, also frowned at the N369,848,167 proposed to be spent on other contract staff in 2021.

The lawmakers also queried the projected non-oil cost of collection of 4% worth N137.411 billion which accrued to FIRS in 2020 and the rationale behind the proposed 7% cost of collec­tion worth N298.441 billion for 2021 in breach of extant provisions in the Nigeria Customs Act.

Nigerians and civil society organisations however condemned the budget of the revenue board.

The groups, including Transparency International and the Human Rights Writers Association of Nigeria, accused the tax collecting agency of insensitivity and misplacement of priority.

Executive Director, CISLAC and Head, Transparency International in Nigeria, Auwal Musa (Rafsanjani), expressed shock that such a huge amount could be set aside for frivolities at a time the nation’s economy was in dire straits.

He said, “While the nation struggles hard to finance its budget, a significant proportion of the budget slips through mismanagement and reckless spending that intrinsically dominates public sector activities.

“It is more worrisome that the reckless spending has been normalised with resultant underfunded critical sector that is vital to efficiently revamp the sinking economic development.

“Given this background, the decision of Federal Inland Revenue Service to spend N1.4bn on meals and refreshment in 2021 is another irresponsible financial decision by a revenue institution preying on weak budgetary process and scrutiny, poor financial management system and inadequate legislative oversight activities associated with the public sector.

“It is more worrisome that despite the under-funded critical sector with increasingly cost of governance, FIRS has not devised appropriate tax justice system to ensure social-justice and equity in the utilisation of remittances to ensure citizens benefit maximally, but requesting a whopping sum to be lavished on irrelevant activities.

“We must be wary of reckless financial decisions that manifest in institutionalised mismanagement and revenue deficiency. This must be thoroughly checked by relevant authorities as common Nigerians are currently suffering from questionable mismanagement of public treasury and high cost of governance by successive administrations.”

He also said, “While efficient governance is about ensuring that each amount of public funds is spent judiciously in a way that social welfare of all the citizens is maximized, the current high cost of governance that permeates Nigeria’s public sector impedes socio-economic development and shows negative impact on macro-economic stability, job creation and other socio-economic activities that drive growth and development.”

Speaking in a similar vein, the Executive Director of the Human Rights Writers Association, Emmanuel Onwubiko, described the situation as depressing and utterly unconscionable.

Onwubiko said, “At a time of massive unemployment, mass poverty and high crime rates caused by lack of capacity on the part of the security forces and particularly the Nigeria Police Force that has collapsed due to poor funding, corruption and indiscipline, it is shocking that an agency of the Federal Government can set aside the sum of N1.4bn for them to feed and make merry all year round.

“The Federal Inland Revenue Service has always been a cesspool of filth and massive corruption going by the antecedents of that agency with the immediate past head of that agency and many directors facing criminal prosecution for stealing several billions of Naira from the public treasury, so this revelation of a budget of N1.4bn for meals is a continuation of the heritage of corruption in the agency. This is shameful and must never be permitted.

“There is the need for a clean sweep in that agency because it is clear that corruption is deeply rooted and needs surgical action to eradicate this social menace.”

The convener, Coalition in Defence of Nigerian Democracy and Constitution, Ariyo-Dare Atoye, equally condemned the proposal.

He said, “This act of cruelty against the Nigerian people must not be allowed to be swept under the carpet. We cannot allow a few persons in our apex revenue generating agency to get away with this attempt to defraud the nation.

“They must be told in no uncertain terms that they cannot take Nigerians for granted. Staff of this agency are very well paid to do their jobs; it does not make sense for them to swindle the nation using budgetary subheads. We will petition the EFCC and the ICPC to probe the leadership.”

Meanwhile, the Economic and Financial Crimes Commission has revealed how a former Coordinating Director of the FIRS, Peter Hena, received over N700 million cash between January 2017 and December 2018.

Investigations by the anti-graft agency indicated that Hena and eight others shared N4.5 billion in illegal estacodes and fraudulent Duty Tour Allowances.

The Commission had last Thursday arraigned Hena on 42-count before Justice Ijeoma Ojukwu of the Federal High Court sitting in Abuja.

A copy of the charge sheet obtained by our reporter from the EFCC, detailed how the defendants shared the N4.5b among themselves.

The statement disclosed that while being FIRS coordinating director, Hena accepted N45m cash from Auta without going through a financial institution contrary to section 1(a) and punishable under section 16(2) (b) of the Money Laundering Prohibition Act,2011 as amended by Act No. 1 of 2012.

Count six of the charge further stated, “That you, Peter Hena, while being Co-coordinating director in the Federal Inland Revenue Service between January 2017 and December 2018 in Abuja within the jurisdiction of this Honourable court did accept N127m from Benjamin Jiya which exceeded N5m without going through a financial institution contrary to section 1(a) and punishable under section 16(2) (b) of the Money Laundering Prohibition Act,2011 as amended by Act No. 1 of 2012.”

The first defendant was also said to have received N145m cash from Sidi of the FIRS Finance and Accounts department.

Detectives also discovered that Hena similarly received N92m cash from Aduku and another N128.6m from Auta who was said to have taken possession of N258.6m from other FIRS officials.

In addition, the EFCC stated that Auta while being finance director retained N85m “under the guise that the funds was for stakeholders” when he reasonably ought to have known that the fund formed proceeds of unlawful activities, fraud, corruption and criminal appropriation of public funds.

Aduku was found to have transferred N200m to Hena, and also paid N97.1m into his own GTB bank account number 0023004712 under the guise of duty tour allowances.