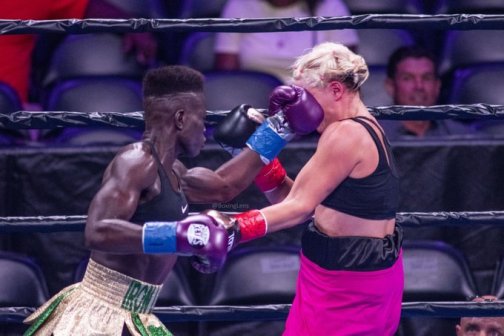 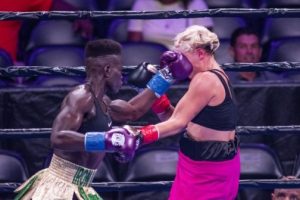 Nigeria’s Helen ‘Iron Lady’ Joseph is set for action against Martina Horgasx from Hungary on Thursday in her bumpy return to professional boxing.

The Super-Bantamweight fight, holding at the Foxwoods Resort, Mashantucket, Connecticut, United States, is the second for the 30-year-old after a one-year competition drought occasioned by lack of sponsorship.

On April 3, Joseph ended the one-year break by defeating Edina Kiss, another Hungarian, by unanimous decision in a six-round Super-Bantamweight in New York.

The path to Thursday was rocky for the talented U.S.-based boxer, who had to buy the fight.

This means that with promoters and sponsors still nowhere to be found, she had to personally raise the 10,000 dollars demanded by organisers to give her an opponent.

This she did through the sale of tickets with the assistance of the Nigerian consulate in New York, which has been of great financial and moral support.

“I have finally got an opponent”, an excited Joseph told NAN in New York on Tuesday, just three days to the fight.

“I am grateful to the Nigerian consulate, which played a major role in my journey to this day,” she added on Tuesday afternoon.