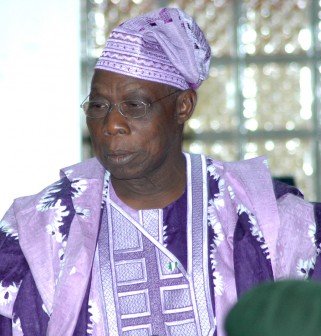 Former president Olusegun Obasanjo has revealed his greatest regret in life. And that is that his parents did not live long to enjoy the fruit of their labour.

Obasanjo revealed this in Abeokuta Ogun State during a low key ceremony to mark his 81st birthday.  Obasanjo said: “One of the things that I always missed or remember with some feeling of sadness is that my parents left this world too early and that the sacrifices they have made for me, how I wish they have been around to see the fruit of their labour, that is not to be.

“But if, as Yoruba belief that those who are dead are still able to see who are here alive, if my parents, where they are, are able to see those of us who are here, they will also be grateful to those who have worked with me to enable me to achieve what, if they’ve been alive, they would have been proud of those achievements.

“For me, this day, I have nothing but to continue to thank God, appreciate Him, and praise Him and worship Him and adore Him for all that he had done for me personally, for members of my family, for my extended family, friends, peers and for those who has worked with me.

“Where people talk about my achievement, not mentioning or remembering that I wouldn’t have been able to achieve anything all by my self alone, I belief it could amount to a various serious omission because many of those who worked with me worked loyalty, worked with commitment and some of them are still doing so up till today.

“If I had known what this is involved, I wouldn’t have torched it with the longest stick in the world. Of course you all keep saying you thanked God that I did not know because I would have deprived posterity what we are now having here.

“But if not that you’re able to lift up my hand when I was getting tired, those who said, when we started, that it’s a job that will never be completed, they would have been proved right but for your help.

“I do not believe God has created a bad situation for Nigeria, No, or for any particular station of this country, no, or for any part of Africa, no. When things are not going on right, we must blame ourselves and these are issues of leadership, governance, development and values.

“And these are things we must take seriously and make sure we get them right,” the man fondly called Ebora Owu stated.

Ogun State governor, Ibikule AMosun who was present at the ceremony described Obasanjo as a nationalist, whose love for the country can’t be challenged.

“Love him or hate him, there’s something nobody can take away from him, he’s a true nationalist, Baba loves Nigeria and I know that there’s absolutely nothing he wouldn’t want to do for Nigeria.

“Even beyond the shores of Nigeria, if you start counting, Baba would be one of the best three giants of Africa, many of whom are no longer with us.

”There’s no way history of our nation Nigeria and the continent of Africa would be written without the prominent mention of Baba.

“When they were praying for Baba, they said 120 and I said 100 is OK but Baba, when you live to that age, don’t write letters ooo don’t write ooo, because Baba would continue writing when he lives till 120, please don’t write, that is Baba for you.