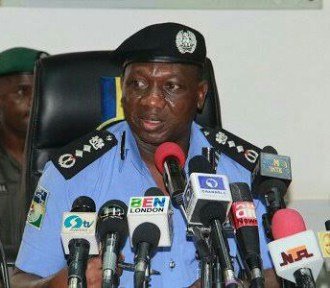 The gang of armed bandits, that reportedly numbered more than 15, raided five banks, carted away the undisclosed sum of money and took lives of policemen and civilians.

Making his first official statement on the robbery incident when he briefed journalists in Ilorin on Saturday, the state commissioner of police, Lawan Ado, said that the hoodlums also carted away some rifles at the police station where they first attacked before raiding the banks.

The Kwara police boss, who said that the Inspector General of Police, Ibrahim Idris, had deployed intelligence response unit to the state, added that the unit had swamped into action on the robbery attack which reportedly claimed 17 lives.

The police boss said that nine policemen lost their lives while others killed were civilians, adding that seven vehicles were recovered at Igosun where they were abandoned when the armed bandits ran into the bush to escape.

He said five conventional commercial banks were attacked, including a community bank located in the community.

The commissioner of police, who assured residents of Offa community of adequate security of lives and property, said that perpetrators of the robbery attack would be brought to book.

Meanwhile, Governor Abdulfatah Ahmed of Kwara state has offered N5 million to anyone who provides useful information leading to the capture and prosecution of those involved in the robbery attack in Offa, headquarters of Offa local government of the state, last Thursday.

Governor Ahmed, in a statement by his Senior Special Assistant on Media and Communications, Dr Muyideen Akorede, called on anyone with useful information on the incident to contact the state police command on the following numbers (‭0803 739 1280‬ and 0803 702 4320)‬.

“While we mourn our dead with a heart full of sadness, and care for the injured by paying all their medical bills, we will do everything in our power to bring the attackers to justice and ensure that never again does any community or people in our state experience such tragedy”, Governor Ahmed said.

While stressing the urgent need to ensure justice is done, Ahmed assured such informants of anonymity, confidentiality and safety as no harm would befall them on account of their assisting the security agencies to arrest the attackers.

Governor Ahmed said the police and other security agencies in the country had begun a vigorous manhunt for the perpetrators of the dastardly and wicked attack on Offa community and pledged to spare no effort in supporting the law enforcement agencies to apprehend and successfully prosecute those behind the evil and inhuman acts visited on the innocent in Offa.