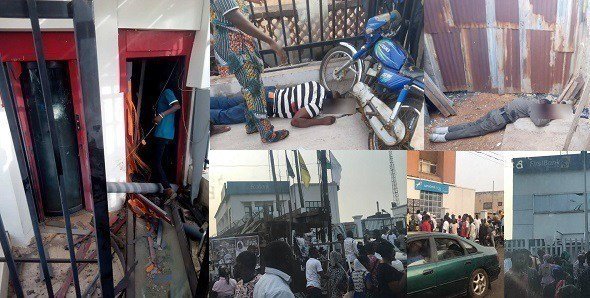 Also arraigned were four guests who stayed in the hotel at the time the assailants allegedly lodged in Xontec Hotel.

Suspected armed robbers, who robbed five banks and killed scores of people on April 5, were alleged to have stayed in the hotel before going for the operation.

Our correspondent learnt on Wednesday that the hotelier and his staff were arraigned on two counts of criminal conspiracy and causing disappearance of evidence, including giving false information to screen an offender.

The staff members of the hotel arraigned with Surajudeen included the accountant, receptionist, room keeper and clubhouse operator.

According to the First Information Report, the offences contravened sections 97 and 167 of the Penal Code Law.

“The hotel staff could not, however, satisfactorily give account of questionable lodgers in their hotel prior to the robbery by their failure to maintain or keep proper official lodger register expected to be presented to the police and other law enforcement agencies on demand.

How police recovered Senate stolen mace at Abuja fly over

Sibahle Mtongana, Host of Siba’s Table, is Coming to the GTBank Food and Drink Fair