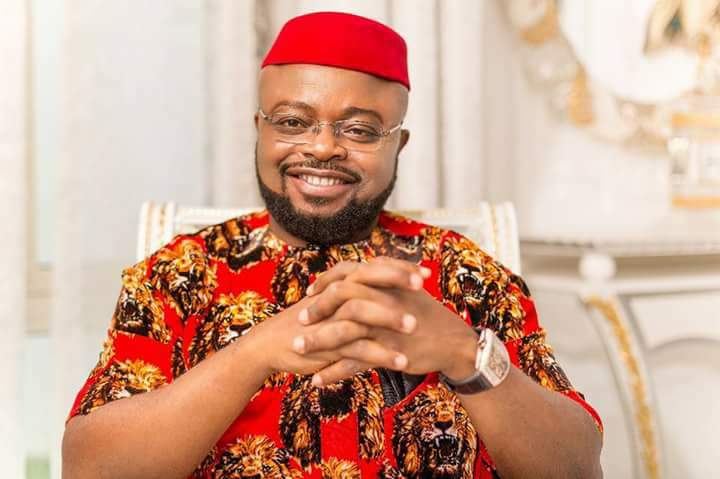 The man of virtue makes the difficulty to be overcome his first business, and success only a subsequent consideration”

The Coronavirus pandemic which has altered the global livelihood culture, is now a litmus test in measuring the virtue and kindness amongst the members of the human race.
While some have maintained unkind social distance to the global call for help in the face of dire need of key essentials of life; High Chief Solomon Ogbonna Aguene, the President of OhanaEze Ndigbo in Lagos State, has redefined social distancing by eliminating the uncharitable barriers common amongst politicians, to touch the lives of not only Ndigbo whom he naturally represents; but non Igbos alike, that are in need of food and other forms of palliative in this global lockdown ocassioned by the Coronavirus pandemic.

In an exclusive chat with Newsreel, the leader of Ndigbo in Lagos confirmed the receipt of Ten Thousand bags of rice from Ebere and Ifeanyichukwuma Foundation Foundation, championed by one of their billionaire sons, Chief Ifeanyichukwuma Odii.
He also used to opportunity to express Ndigbo’s gratitude to Gov. Babajide Sanwo Olu and Lagos State Government for the palliative support they extended to Ndigbo at this period of coronavirus lockdown.

The president of OhanaEze Ndigbo maintained that coronavirus and hunger are detribalized agents of destruction and death.
In his words “the palliatives the governor gave to us, though it was tagged Igbos but we gave every hungry mouth irrespective of tribe or religion”. That assertion was confirmed when representatives of some groups that are not Igbos came during the interview to show appreciation.
He justified his action by insisting that if Igbos in Lagos could be remembered by the Lagos State governor, Sanwo Olu, a Yoruba, why will he withhold his hand from giving the palliative donated by his Igbo brothers to Yorubas and other tribes in Lagos.

He admonished politicians to learn from this pandemic and understand the shared rights and responsibility, which is the common denominator in socio economic equation of human race.

Chief Ogbonna Aguene, urged Nigerians and Ndigbo in particular to comply with all government directives in the fight against the novel virus.

Earlier, the Secretary OhanaEze Ndigbo Lagos, Chief Everest Ozonweke, said that the 57 Chapters in all Local governments and local council development areas in Lagos State have been advised to ensure transparency in the distribution of the palliatives.
He stated that the Secretary, OhanaEze Ndi Igbo Worldwide, Lady Ada Oguike Ofoegbu, who was seated at their Lagos office during this interview on wednesday, is representing the OhanaEze Ndi Igbo Worldwide in all their actions in this COVID-19 era.