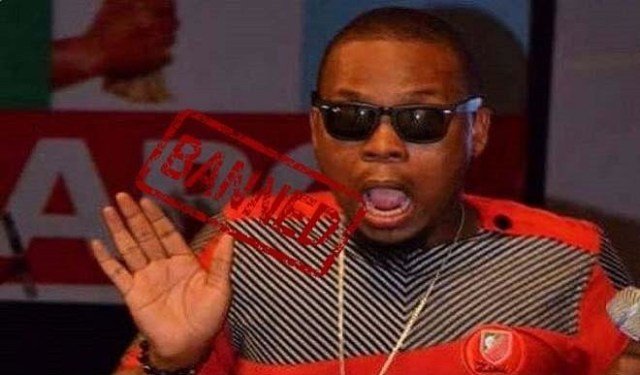 The NFVCB Director General, Alhaji Adedayo Thomas who spoke with Daily Trust Tuesday on the sideline of the Safer Internet Day 2018 in Abuja said the Science and Student was done to discourage crimes.

Alhaji Thomas said rather than looking only at the negative side of the album, Nigerians should look at the positive side and move on.

“If you look at the short video of the track, you cannot see Olamide himself there. That is one. Two, we are in the internet age where a lot of things fly. What we need to do is to encourage our children to take only the good side of the internet and leave the bad side.

“The very week Olamide released that record, he released a press statement saying the song is a caution for people not to mix things together and take it as intoxication. So you don’t expect us to ban  it just like that when he had explained why he sang the song.

“But we are still going to engage with NBC, NDLEA and other agencies to dialogue with our artists so that whatever is coming out from them would be highly productive and has positive effects on the youths.”

Earlier in his remarks, a representative of Google at the event, Mr Babatunde Olaifa said over 90million obscene and crime related videos had been taken down from Youtube by Google in the last few years.

He said the search engine didn’t encourage obscenity and crimes, but it is advocating for safer and crime free society.

The Digital Engagement Officer of Safer Internet Nigeria, Mbanam Mku said the aim of the event was to sensitise everyone especially youths on the responsible use of technology in line with cyber security.

Safer Internet Day (SID) is a globally held event organised across the world in February each year to promote the safe and more responsible use of the internet especially among children and young people.

GTBANK ART635 GALLERY: A call for Artists , Painters and Sculptures