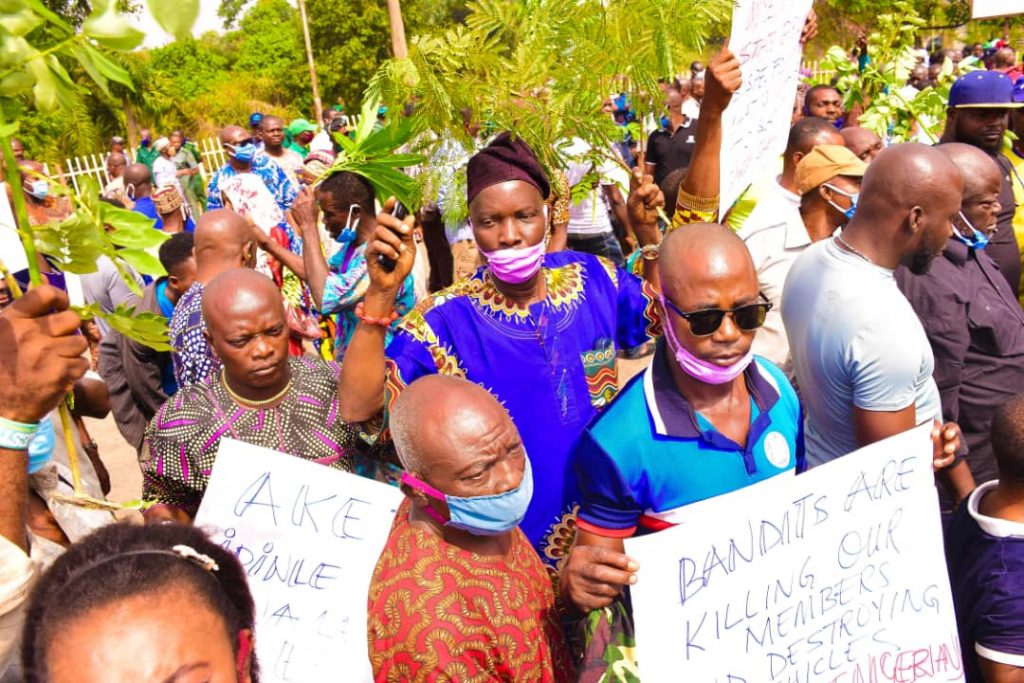 Scores of farmers, forest guards and the members of the National Union of Road Transport Workers in Ondo State have staged a protest against the incessant abduction of their members allegedly by some gunmen suspected to be herdsmen.

The protesters also said they were in support of the order of Governor Rotimi Akeredolu to eject the herdsmen from all the forest reserves in the state.

They said they threw their weight behind the Akeredolu’s order as it was made in the interest of the security of lives and properties of the people of the state.

The protesters, who carried placards with various inscriptions, said if the current state of insecurity was not quickly checked, it might lead to chaos and famine in the state.

It was reported that Akeredolu gave the order as part of major steps at addressing the root cause of kidnapping and other nefarious activities in the state.

The Governor, who gave the order in a statement issued on his official Twitter handle on Monday, said the forests have been turned into a place for felons to carry out their criminal activities.

He said, “All Forest Reserves in the state are to be vacated by herdsmen within the next 7 days with effect from today, Monday 18th January 2021.

“Night-grazing is banned with immediate effect because most farm destruction takes place at night.

“Movement of cattle within cities and highways is prohibited.

“Under-aged grazing of cattle is outlawed.

“Our resolution to guarantee the safety of lives and property within the state shall remain utmost as security agencies have been directed to enforce the ban.

“In its usual magnanimity, our administration will give a grace period of seven days for those who wish to carry on with their cattle-rearing business to register with appropriate authorities.”