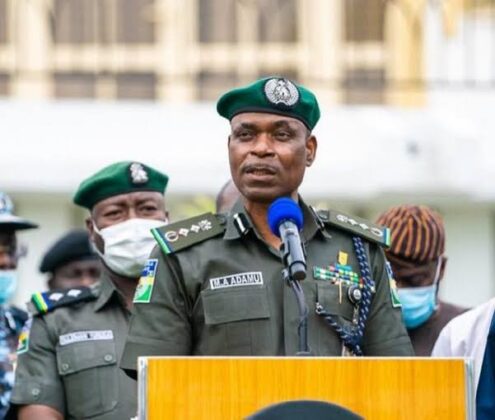 The police has warned members of a family in the NITEL area of Itamaga in Ikorodu not to make false allegations against police officers and members of the public .

Also ,the Sunmolu Royal Family in Ikorodu has also warned trouble makers to desist from any act that may puncture the peace and law and order in NITEL ,Itamaga and other parts of the Lagos community .

The police at Zone 2 Onikan , Lagos, who gave the warning, described the family members as ” unscrupulous” and that they are only trying to create trouble , where there is none. 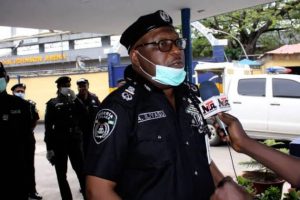 The zone 2 police also denied leading or supporting anybody to demolish any house in the area ,noting that the only demolition in the area was done by the Lagos State government on the order ofa High Court.

The spokesperson of the zone 2 police command ,which comprises Lagos and Ogun State, Hauwa Idirs – Adamu also said ” ” We (zone 2 ) have got no business with demolition of any house in Ikorodu .It is just that some unscrupulous elements are trying to forment trouble in the area .”

She continued that ” the Lagos State police PRO has responded to their allegations .I don’t know why they keep mentioning everybody’s name everywhere”

The zone 2 image maker also added that “they are just trying to forment trouble ,where there is none .They will be made to face the full wrath of the law if they are arrested .”

The community leader in the area and the head of the Sanmolu Royal Family of Ikorodu,Otunba Olugbenga Kuti said that the report of imminent clash in the area is as result of a vast expanse of land that was released to four families in the area by the Federal Government .

He said the federal government released the acquired land to the owners – four different families and that just one of the families wanted to take possession of the whole land,leading to a court case among them.

He however stated that there is relative peace in the area and that the matter is still pending in court and that the police are not party to it .

He also confirmed that some houses were demolished on the order of a Lagos State High Court judge and that the demolition was carried out by officials of the Lagos State government ,after one of the families in the suit disregarded an order of the court.

The community leader said” some unscrupulous people are trying to cow the police and use the opportunity to forment trouble in this area .

” Otunba Kuti said ” the demolition was done about two or three years ago by the Lagos State government on the order of a high court judge ,after one of the families disregarded his order that they should stop work and maintain status quo on the land.”

He also stated that” before then ,the Sunmolu Royal Family had sold part of their own portion to Alhaji Mutairu Owoeye and he is not a party to the suit in court .

He also absolved the real estate practitioner ,when he said “Alhaji Owoeye bought land from us and he does not need any reason to bring thugs to the land .He is the owner of his property He has paid for it .”
” It was officials of the Lagos State Government that came to effect the demolition order from a High Court after one of the families continued to sell and build on the land ,despite an order ,retraining all the parties .”

He advised that ” the police should not be deterred .These unscrupulous elements are looking for a way to cause breakdown of law and order .This place is peaceful .Let them show you any injured person in this area “