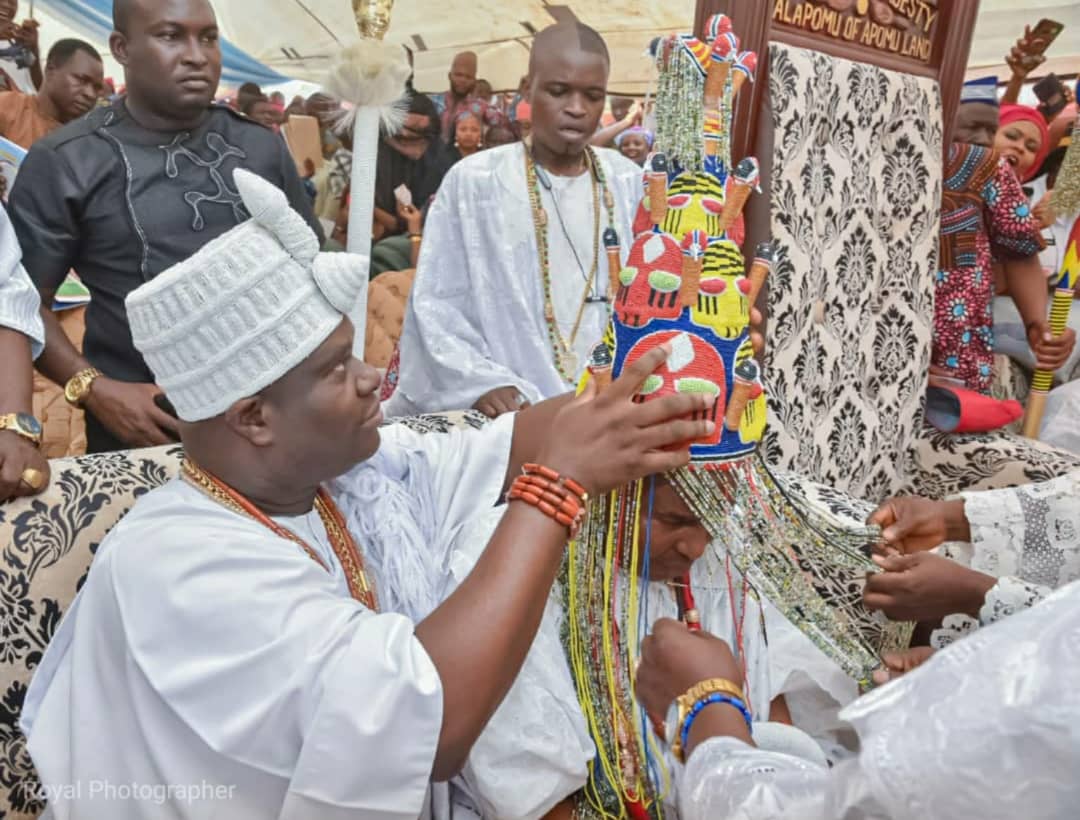 Ooni of Ife on February 7, 2020 crowned Oba Kayode Adenekan Afolabi as the new king of Apomu. Oba Ogunwusi described Apomu as a very important part of Yorubaland with Ile-Ife as its source. He said,  “This town remains a very important part of  the Oduduwa’s territory, not only because  it’s a direct creation of Ife-Ife but also for the strategic roles Apomu  played in the past.

As special guest of honour were Alaafin of Oyo, Olofa of  Offa, Oluwo of Iwo, Alakire of Ikire and over twenty other monarch. Also present were osun state first lady, Mrs Kafayat Oyetola, deputy governor of osun state, Benedict Gboyega Alabi and his wife. Many commissioners were also there to witness the presentation of the staff of office, among them were; commissioners of finance, information and youth and sports.

Oba Afolabi said he is a direct descendant of the Giesi Ruling House of Ile-Ife.

He said, “Some people might wonder about my style of dressing here today, it is deliberate to show my roots as my father came from Ile-Ife to settle down in Apomu many centuries ago.”

The event ended with a live performance by Wasiu Ayinde “K1 the ultimate”, who thrilled guest during his performance.