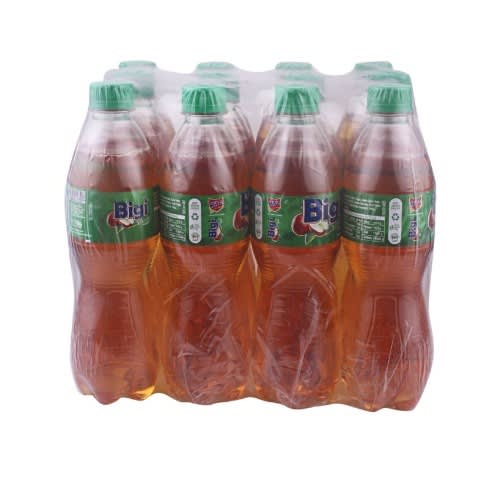 The last may not have been heard on the intense battle in Nigeria’s Carbonated Soft Drink (CSD) segment over market dominance.

In an e-mail posted to its staff, Zaid Maalouf, managing director, Seven-Up Bottling Company, warned its staff to double down on efforts to regain its lost place in the market.

“B-brand disruptive business model will either become a temptation for anyone who has a bit of money to start own brand in Nigeria or it will become a curse that ensures no one takes such a decision again,” Maalouf said in the mail.

Maalouf further said the dream of B-brand – presumably home-grown brand – to take over Nigeria’s CSD market from A-players must be put to bed once and for all.

The A-players in the CSD market include American multi-national, Coca-Cola and Pepsico’s Seven-Up bottling Plc, two brands that have continued to struggle for market share after a recent disruption from Rite Foods, makers of Bigi drinks.

While the reality of the market disruption is dawning on the A-players, Maalouf vowed never to sleep until the dream of restoring Seven-Up Bottling Company to its rightful place comes to fruition.

Maalouf further accused its sales team of not having a clear sales strategy noting that incentives are being delayed for no reason. “Our sales team are working as a job not as a passion with a clear dream,” he said.

According to Maalouf motivation in the sales team is very low, with weak sense of direction and accountability.

In the past, the jostle for market share was between two heavyweights Coca-Cola and Pepsi.

However, happenings in recent times have shown that the frenzy around these two heavyweights is about to dissipate.

In the past effort have been made by several small players to win the hearts of consumers and market share, sadly, this attempt was only an effort in futility as they were soon sent back to play on the fringes of the market.

Rite Foods makers of Bigi Cola made entry into the Nigerian market in 2016, at a time when the country was battling with economic recession which has left most consumers cash trapped.

Leveraging more volume at a lower price Rite Foods introduced six flavours of Bigi drinks namely: Cola, Orange, Tropical, Apple, Bitter Lemon & Lemon, and Lime into the market. In 2017, it made an entry into the energy drink segment with fearless energy drinks with Fearless classic and fearless red berry. It also has a world-class factory located at Osasa Ijebu in Ogun State

To cover for the scarcity of forex during the economic recession in 2016, the two big players in the CSD market increase prices of their 50cl bottles to N150 this did not go down with millions of consumers who are battling with shrinking wallet.

After series of backlash from consumers, Pepsi introduced its much publicised “Things I Long Throat For” campaign with the introduction of a 60cl Pepsi bottle. The new product was 20percent more than the previous Pepsi bottle and priced at just N100, consumers more value for their money.

Having lost a significant market share with sales plummeting, Coca-Cola responded with the release of its own 60cl pet bottle. The company also unveiled the ‘Solo or Bigger Boy’ campaign, offering its customers a choice between the 60cl bottle at N150 and the 35cl bottle at N100. With massive advertising and publicity, Coke appeared to regain some ground.

Still basking in the euphoria of regained market share, Pepsi came up with a price reduction campaign tagged, “No Shaking, Carry Go” offering customers the 50cl Pepsi bottle at N100. With no plans to slow down, Pepsi aggressively promoted this new offering across a few key markets.

This campaign received a lot of radio airtime as well as massive promotional activities across its key locations. Coca Cola launched its ‘Mama di Mama’ campaign, unveiling the ‘Mama’ 1 Litre bottle at the retail price of N200.

A check on informal retail points particularly hawkers in the energy draining Lagos traffic and street kiosks suggest stronger carriage of Bigi drinks than any other brand.

As one of the ‘4Ps’ of marketing (along with product, promotion, and place), pricing is a key tool in a marketer’s arsenal, despite arguably being the most effective lever for driving profits.

Brands often shy away from increasing prices within a competitive market so that customers don’t defect to cheaper brands and they lose volume sales and therefore market share.

No doubt the battle is not yet won as A-players are focusing their strategic energy on every other ready-to-drink beverage market asides soda. These include fruit and vegetable juices, value-added dairy, flavoured waters, iced teas, ready-to-drink coffee and maybe even alcoholic cocktails.

Recent moves by the soft drink giant points to the fact that it is still in the race. First is its acquisition of Chi Limited, the company with a near-monopoly in the packaged juice and value-added dairy markets in Nigeria.

The other is its $600 million planned investment in Nigeria from 2017 through 2020 targeted at expanding its ex-soda businesses.

Going by its history Coca Cola is poised to win every foreseeable war in the near to mid-term future.

But if against all odds, Bigi persists as a “hindrance”, Coca Cola has one strategic plan. A plan it has been forced to play on several occasions, which is to buy the Bigi drinks business off Rite Foods., and Incorporate Bigi into its drinks portfolio thereby killing-off the brand completely and strengthen its grip on the market.

How this would play out, only time would tell.