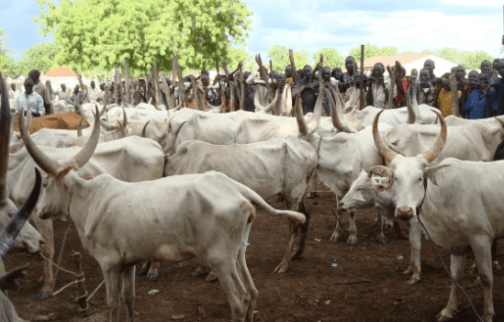 The Police in Kano on Friday said that it arrested three notorious rustlers for stealing 1,000 cows in Falgore Forest, Kiru Local Government Area of the state.

The Commissioner of Police, Mr Ahmed Iliyasu, in a statement, said that the suspects were arrested by the Special Anti-Robbery Squad (SARS) team of Operation Puff-Adder in collaboration with members of Miyetti Allah in Falgore Forest using community policing tools and arrested the suspects.

”The suspects confessed to their crimes and led Puff-Adder Operatives to various locations within the forest where more than 1,000 cows were recovered.

Iliyasu said that efforts are being made to track down and arrest all remnants of the syndicate who are at large.

He commended the Inspector-General of Police, Mohammed Adamu, for his continued encouragement and guidance to officers and men of the Nigeria Police in-line with the directives and principles of the veritable Anti-Crime machine of Operation Puff-Adder.