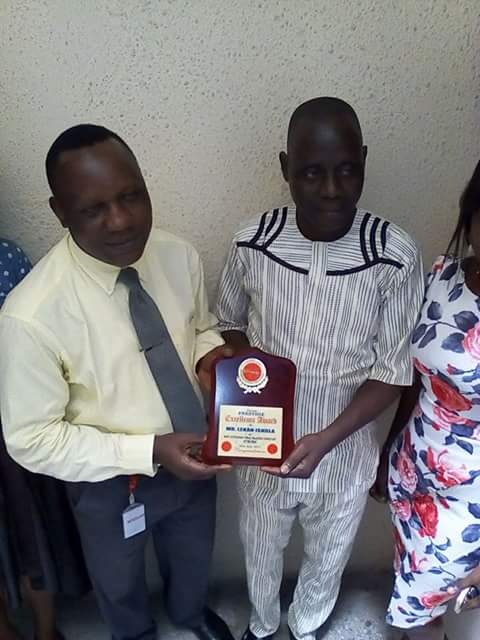 Among top professionals recognized and honoured at 2017 Prestige Excellence Award is Managing Director of PR Redline, Mr. Lekan Ishola. He emerged Most Outstanding Public Relations Consultant of the Year.

Olalekan Johnson Ishola, currently the Managing Director of PR Redline, a wave-making Public Relations firm in Lagos, has, in the last 24 years, made significant professional moves that remain quite an illuminatory compass for many aspiring professionals.

As a complete Communications practitioner, Lekan’s rich career spans Journalism, Book Editing, Advertising and Public Relations. And in each of the spheres, he has not only succeeded in reaching the peak; but, more importantly, he continues to aim for excellence.

From TSM Magazine to Success Digest to African Concord in the 90s, before branching out into Brand/Marketing-focused journalism (where he first became the most successful editor of Nigeria’s most colourful brand publication – BrandFaces – before setting up on his own to publish Marketing Standard, another notable Marketing Publication in the country), Lekan played brilliantly on the Journalism turf.

And, in the field of book publishing, he was also, between 2001 and 2003, the Senior Editor at Tonad Publishers (of the famous Senior Secondary Schools ESSENTIALS TEXTBOOKS and ESSENTIALS UME PREPARATORY SERIES). 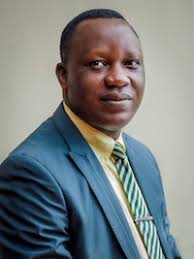 A multiple award winner at Secondary, Undergraduate, Graduate, NYSC and Post-graduate levels, Lekan has translated this brilliance into strategic asset for the various organisations he has worked for in his nearly 25 years’ career in Communications. Consistently, Lekan has been credited with several brilliant feats, innovations and achievements that undescore his sparkling sojourn in the nation’s Marketing Communications sector.

From 2003 to date, Lekan has traversed the country’s Marketing Communications industry and recorded all-round stellar performances. Whether with ToksModupe’s TPT International (2003-2005), SoniIrabor’sRuyi Communications (2005-2008), Dr. Eddie Iroh’sInterprime Media (2008-2011) and Kola Ayanwale’sCentrespread IMC Group (2012 to date), Lekan has been credited with several brilliant feats, innovations and achievements that undescore his sparkling sojourn in the nation’s Marketing Communications sector.

Today, as the Managing Director of wave making Lagos-based Public Relations firm, PRRedline Limited, Lekan has proved that Leadership is an invaluable asset for growing and sustaining a brand.

Few years ago, the agency which was then called FCB Redline, was never in the consideration set when assessing Nigeria’s frontline Public Relations agencies. Whether in the area of visibility, media clout or clientele base, FCB Redline’s rating was low, despite having been around since the early 2000s.

All that, however, changed from late 2012 when Lekan mounted the saddle as the head of the agency. Between then and now, a lot has changed at PR Redline such that today it has become one of the recognized shops for result-oriented Marketing Public Relations in the country. First was the radical re-definition of the agency’s positioning as a full-service Public Relations and Stakeholder management company that offers creative solutions borne out of thorough strategic insights. This was followed   by restructuring of its organizational structure and injection of new professionally tested hands. And the results have been notable.

Today, the agency’s robust relationship with media outlets across Nigeria and beyond has been anchored on integrity and professionalism. The agency’s ability to develop media friendly content is equally one factor that has impacted positively on its rich, timely and impactful media deliverables to Clients. Also, in the area of strategy, PR Redline has shown itself to be versed in the art of birthing cost-effective solutions to help clients achieve their communication objectives.

A proud clientele list that consists of Ecobank Nigeria Limited, MoneyGram, PZCussons, Osun State Government, Doyin Group, Myer Industry Limited and a few other frontline political brands, among others remains a testament to the vibrancy of PRRedline in the past two years.

PR Redline’s testimonial is not shrouded in misery. For nearly two years of its engagement by the management of Ecobank Nigeria to manage its media image, PRRedline’s proficiency has impacted positively on the Bank in the area of brand presence and brand share of voice. The Agency has succeeded in ensuring that the Bank maintains active and positive share of voice in the Nigerian media space, such that today, the bank continues to stand as one of Nigeria’s top seven most visible Banking brands in the country.

Equally worthy of note is PRRedline’s remarkable twin-deployment of Issue Management and Information Substitution strategies in its handling of stakeholder engagement and media image repositioning projects as part of the Perception Management assignment for the Osun State Governor, OgbeniRaufAregbesola, before and during the last Governorship Elections in the State.  The landmark victory of Ogbeni at the August 9th 2014 gubernatorial election was partly facilitated by an excellent media and stakeholder involvement campaign; the arrowhead of which was PRRedline.

Though the agency owes much to LekanIshola’s astute professional and management ingenuity, he prefers to take the back seat while the agency and its clients enjoy the limelight. As a strong advocate of quality, integrity and simplicity as foundation for success, he believes in realistic goal setting and being focused on the task at hand, rather than aiming for spotlight.

During his days in the Department of Communication and Language Arts, University of Ibadan between 1988-1992 (Undergraduate) and 1994-1995 (Postgraduate), his academic prowess was never to overshadow the simplicity of his lifestyle.

ACLASITES and UITES of his era called him ‘ARISTOTLE’ because of his profound brilliance and ability to lead for the good of all.

A happily married father, 45-year old Lekan Ishola is a member of several professional bodies including NIPR, APCON, NIM and NIMN. He was a member of the Training and Education Committee of the Public Relations Consultants Association of Nigeria (PRCAN) and was also once very active within the Association of Advertising Agencies (AAAN) where he was, between 2007 and 2009, the Editor of the Association’s official journal, The Advertiser.

No doubt, Lekan Ishola has carved a strong niche among the new corps of Integrated Marketing Communications practitioners that are making waves in the country today.