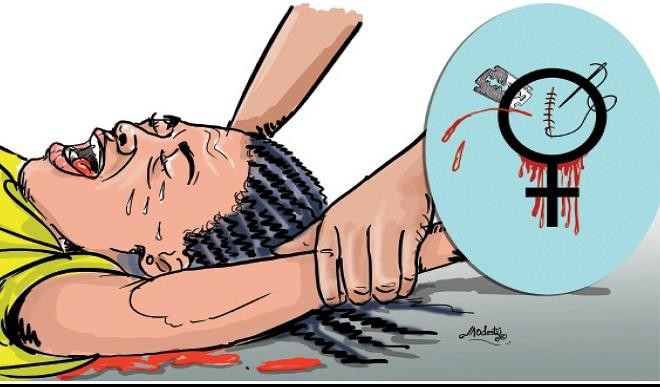 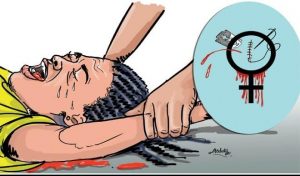 A middle-aged woman has hurriedly departed Nigeria to avoid her daughter being circumcised as the custom of the area prescribed.

To the woman, afraid of the side effects of female circumcision, genital mutilation, her daughter should not be subjected to what she knew would expose her daughter to untold danger in the future.

Many communities in Nigeria despite the coming of civilization and its impacts on changing the traditional ways of doing some things considered untoward to modernity, custom still prescribes circumcision for all female children in some parts of the country.

Your religion, Christianity or Muslim, does not limit those who practise circumcision as a tradition that must not be jumped by any female without consequences.

To execute this, many girls especially from enlightened families are afraid of subjecting their female wards to genital mutilation.

To sustain the age-long tradition many people who are not adherent of the traditional belief like Christians are now being forced to join the exercise within some local communities in Nigeria.

They claim that female circumcision is prescribed by their deity, and that no one can avoid it without grave repercussion.

On April 15, 2015, Ugwunze family experienced such an ugly encounter with neighbours in a Nigerian community where they have settled for half of a decade.

Ugwunze family, according to some eyewitnesses, are Christians could not recount their loss after their home was razed by heavily armed angry mob of the community, demanding that their little daughter must be circumcised as required by the custom or be prepared to lose their lives.

It was gathered that a relation suspected to be a traditionalist has been in the forefront of searching for this woman and daughter, claiming that tradition must be respected.

This tradition, the adherents believe that the circumcision must be done to be fully initiated into womanhood as their tradition by cutting female genital organ.

However, fear-gripped parents of these little female children have found reasons to flee their towns.  Often, many of these girls would be left bleeding and the wound be delayed in healing and traditionalists are the people who are saddled with the responsibility of doing the circumcision, further endangers the lives of the girls.

Many have suggested for a humanitarian campaign against this act, this will reduce the incidence of HIV infection, and other diseases this might cause. Also, to reduce the high complication rate, proper enlightenment and retraining of health care providers are important..

Politicians, Civil Servants And The War Against Corruption