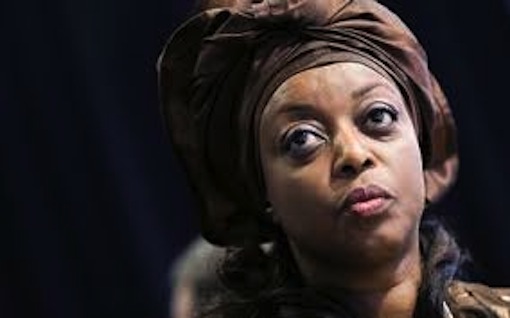 A group of protesters on Monday stormed the headquarters of the Economic and Financial Crimes Commission (EFCC) in Abuja demanding the extradition and trial of embattled former Petroleum Minister, Diezani Allison-Madueke and others over alleged corruptions.

Charles Oputa aka Charly Boy who led the group of protesters asked the Federal Government to deal decisively with corrupt people milking the nation’s wealth and resources, without shielding anyone.

Also speaking with journalists the Co-convener, Deji Adeyanju said the EFCC should account for the recovered loots so far and reveal the names of the looters as it intensifies its fight against corruption.

The protesters who mounted a blockade at the premises of the EFCC, wielding placards and banners of all sorts with inscriptions Group said its holding a two-day sit out in front of the EFCC headquarters to demand that the federal government applies for her extradition and prosecution in Nigeria.

‎Peter Aremu who spoke on behalf of EFCC however assured the group that the EFCC is not relenting in its efforts in fighting corruption and shall follow all due protocols to ensure all perpetrators are brought to book.