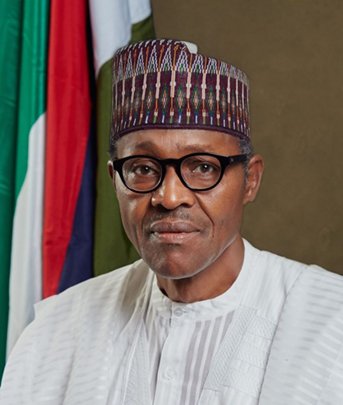 Speaking on Monday at Blair House, Washington DC after his White House engagements with President Donald Trump, the President, at a meeting the Chief Executive Officers of six American agricultural companies and their Nigerian counterparts including Aliko Dangote and John Coumantaros, again lamented the challenges of the country’s youth bulge, with “sixty per cent of the population below 30 years.”

He said the country must help the young people to plan their future and urged them to explore opportunities easily accessible in agriculture because, as he said, “agriculture is the future.”

While stressing that planning in Nigeria must take into consideration the factors of climate and a bulging youth population, President Buhari also promised the support of his administration in the promotion of skill development, innovation and entrepreneurship among the young population.

According to him, “We realized, rather belatedly that we ought to have been investing in agriculture. We are now aiming at food security because of our large population. Our youths, the ones who have gone to school and even those that have not, should go to the farm, to earn respect for themselves. Agriculture is providing jobs for millions of our citizens and we are doing well towards the attainment of food security and jobs. The media may not appreciate the work we are doing but we will shock them by the success we are recording.”

President Buhari welcomed the several investment proposals being put in place by the Americans and their Nigerian counterparts.

Among those brought up for discussions were the three million tons fertilizer by Dangote, the largest in Africa coming on stream in July, to be followed by another one to produce 1.4 million tons of the commodity; a large-scale modern seed production company, and weed and pest management and chemicals products companies by the Americans.

Similarly, the Burger King food chain with plans to integrate local farmers in livestock production; the Heinz tomatoes production, with backward integration of Nigerian tomato farmers; and another company coming to set up a local branch to facilitate merchandising of commodities, in effect establishing a link between the Nigerian producers and the global market.

A tractor manufacturing company, John Deer, also unfolded a plan for an assembly plant to produce 10,000 tractors in four years in Nigeria. They will all come with jobs for Nigerians.

In a second business meeting same day, President Buhari brought together Nigerian businessmen and their American counterparts from the U.S Chamber of Commerce and the Corporate Council on Africa, (CCA.)

The U.S Chamber, on behalf of its three million member-companies which included General Electric, Chevron, Proctor and Gamble and Boeing aircraft manufacturers, expressed happiness with improved security in the Niger Delta, reforms in the economy leading to ease in doing business, and the war the administration is waging against corruption.

Several of the oncoming plans were disclosed to the President who demanded concrete plans and an aggressive timetable for their actualization.

He envisaged that the investment schemes will lead to a lot of new opportunities for the Nigerian youth.