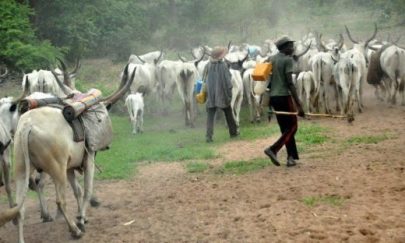 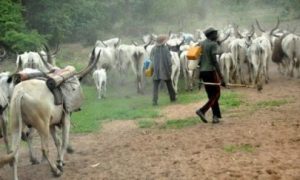 Mr Mark Green, Chief Administrator, USAID, has applauded the strategy put in place by Igu Community of Bwari Area Council in the FCT, toward resolving conflicts between farmers and herders.

Green gave the plaudit when he led his team on a social visit to the District Head of the community on Sunday.

While commending the leadership of the community for ensuring peace and stability in the area, Green said that the move was worth emulating which was, indeed, the reason for his visit.

“We have heard stories of the hospitality of this community. Our mission, basically, is to learn from you how you are able to resolve small disputes successfully.

“Because of your leadership, people here live in harmony. I want to learn from your success as this will help us take the lessons to other people in other places,” Green said.

In his response, Mr Tanzako Solomon, District Head of Igu, said that farmer/herder clashes in the area had, in the past, disrupted the peace of the community.

He explained that after he was inaugurated district head five years ago, he constituted a committee which comprised members from both parties, who initiated strategies to resolve the issues at hand.

“The cattle herders settled here with us a long time ago and have become part of us.

“What I did was to involve the chiefs under me, the Ardo of the Fulani, the chairman and spokesman to the Miyetti Allah association into the committee.

“This committee tends to solve every issue between farmers and herders amicably.

” For instance, when a farmer makes a complaint that his crops have been tampered with, the committee visits the farm to see the level of damage done.

“If there is a suspect or the farmer has seen the owner of the cattle, he is summoned and, after dialogue, asked to pay some compensation to the victim.

“We have earlier warned against anyone taking the law into his hands, so anyone found wanting is always brought to book,” he said.

Solomon added that the Police was sometimes brought in, depending on the nature of the case.

He also added that the committee usually seek advice and prayers from the religious leaders in the community whenever there were such issues, so that peace could be sustained in the area.

He advised other communities in the country and beyond, who were faced with similar challenges, to put the fear of God in their hearts and do away with religious sentiments.

The district head also urged them to set up committees to encourage dialogue toward settling knotty issues amicably.