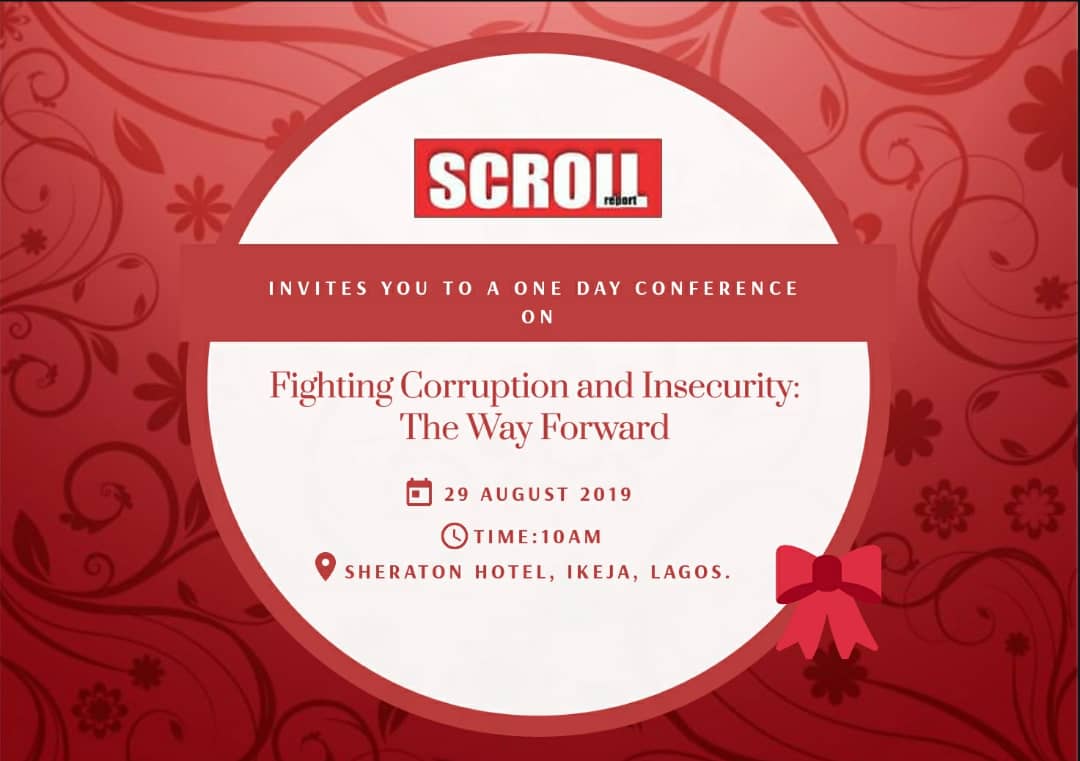 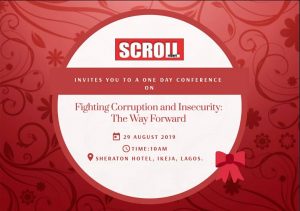 Scroll Report Online Publication is organizing a one day conference on Thursday August 29, at Sheraton Hotel Ikeja, Lagos by 10 AM.
The theme of the conference is “Fighting Corruption and Insecurity: The Way Forward”. A statement signed by Janet Mba Afolabi, CNN award winning journalist and Publisher of Scroll Report said the theme was chosen to assess the fight against corruption and the prevailing security situation in the country. Due to insecurity about two million Nigerians are estimated to have fled their homes, the refugee crisis has entered its sixth year and there is conflict induced food insecurity and malnutrition, hence, about 3.5 million Nigerians remain food insecure despite government and humanitarian aid.
She said that media has a role to play in ensuring the sustainability of our democracy by seeking solutions through conferences, workshops and seminars. Discussants from different works of life are expected to be at the conference to discuss the way forward in the fight against corruption and insecurity.