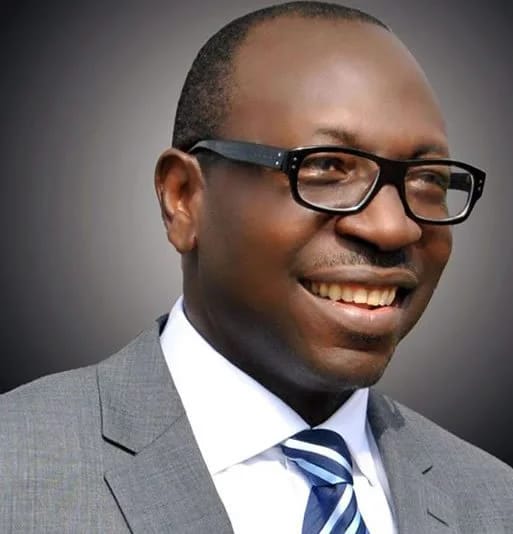 Pastor Osagie Ize-Iyamu
The absence of Justice Umar Garba, of the Federal High Court sitting in Benin, Edo State, stalled the trial of Pastor Osagie Ize-Iyamu, candidate of the All Progressives Congress (APC), in the September 19, gubernatorial election in the state, and four others, in the case of N700 million fraud preferred against them by the Economic and Financial Crimes Commission (EFCC).

Other defendants in the case include the state chairman of the PDP, Dr. Tony Aziegbemi, his predecessor, Chief Dan Orbih, former Deputy Governor of the State, Lucky Imasuen, and Efe Erimuoghae Anthony.

The Court had on June 18, 2020, validated the corruption charges against the defendants and adjourned the case to Thursday, July, 02, 2020, for further hearing.

The EFCC in suit No. FBE21C/2016, had filed eight-count charges against the defendants bordering on alleged illegal receipt of public funds to the tune of N700 million for the purpose of the 2015 general election, contrary to the provisions of the EFCC Act and the Money Laundering (Prohibition) Act.

The anti-graft agency further accused the defendants of conspiring among themselves to commit the offence in March 2015, alleging that they took possession and control of the funds without any contract award.

Pastor Osagie Ize-Iyamu was absent in court, while his Counsel, Barrister Peter Uwadiae was present.

Counsel to the 3rd defendant, Pascal Ugbome, told journalists in Benin City, that parties in the suit picked the date.