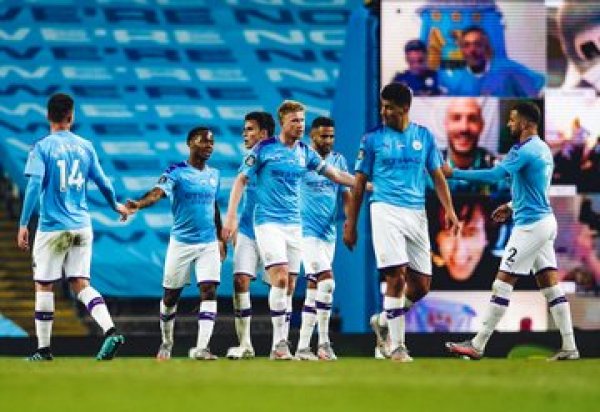 Jurgen Klopp’s side ended an agonising 30-year wait for the top-flight title when City lost at Chelsea last week, but were resoundingly hammered on their return to action

The Reds, who were given a guard of honour by the hosts before kick-off, could have taken the lead at Etihad Stadium but Mohamed Salah’s low drive cannoned off the post.

It proved costly as Pep Guardiola’s men took complete control with a devastating first-half display in which they scored three goals within 20 minutes.

The sublime Kevin de Bruyne converted the opener from the penalty spot after Joe Gomez hauled down Raheem Sterling and the England international finished off a swift counter-attack for the second.

Teenage midfielder Phil Foden further enhanced his reputation as a star in the making, coolly slotting home before half-time following a quick one-two with De Bruyne.

City scored their fourth in the second half when Alex Oxlade-Chamberlain inadvertently slid the ball into his own net from Sterling’s low drive, BBC reports.