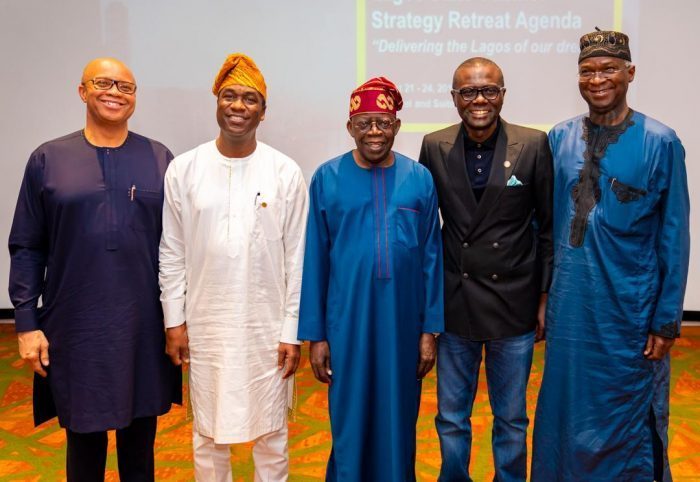 Although Nigerians believe so much in prayer to succeed in their daily endeavours, former Lagos State Governor and Minister of Works and Housing, Babatunde Fashola has a contrary view.

Fashola shocked all on Friday when he told members of Lagos State Governor, Babajide Sanwo-Olu’s cabinet to throw prayer aside and work hard for success.

The minister spoke at a retreat for cabinet members and permanent secretary organised by the Lagos State Government in Victoria Island, Lagos, Southwest Nigeria.

“You have to read a lot. You can’t do this business without reading. I welcome you to life of service to your nation and state. Forget prayers, it’s what you do that matters. You have signed up for a difficult job but it’s a noble undertaking to serve your people.

“You have to prove you deserve to be here. Some of you have been in politics, some are technocrats. You came here on a political platform so you all have become politicians, ” Fashola said.

He continued: “You must develop working relationship with political structure in your wards and state. Don’t leave the area from where they picked you. You are the ears and eyes of the governor from where you are picked.”

Earlier, Sanwo-Olu noted that the new cabinet members had a rare opportunity of receiving hands on training from two most experienced and highly qualified administrators in former Governors Bola Tinubu and Babatunde Fashola.

He, however charged the Executive Council members to utilise all that had been learned for the betterment of the average citizen of Lagos.

Speaking, Tinubu charged members of the cabinet to see their appointment as opportunity to serve the people of the state.

“My experience can only be shared with you as time progresses. You are a team of selected few to serve the people of Nigeria and and Lagos. This is an important state and the heartbeat of Nigeria. Anything that goes wrong here is a cancer to Nigeria. To serve Lagos is a great honour and opportunity for you. It shows you have been deemed to be one of the able professionals in your field with great character,” Tinubu said.

Other speakers at the Day 3 session included the Director General of the Budget Office, Mr. Ben Akabueze who took the participants through on the structure of the State’s budget.