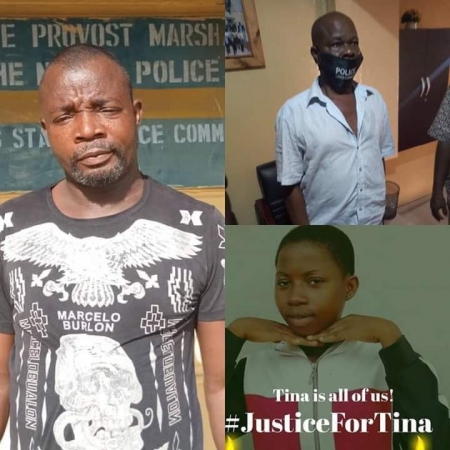 Recall that on 29th May, 2020, the Commissioner of Police, Lagos State Command, CP Hakeem Odumosu psc ordered an in-depth investigation into the circumstances surrounding the death of Tina Ezekwe at Iyana-oworo area of Lagos State. Investigations so far, revealed that the conduct of the two Police Officers, ASP Theophilus Otobo and Inspector Oguntoba Olamigoke linked with the incident, fell short of professional standards.

2. In view of the above, the Command has commenced forthwith, internal disciplinary proceedings against the two officers. While the ASP has been served an Official Query in line with the provisions of the Public Service Rules, Inspector Oguntoba Olamigoke is undergoing an Orderly-Room trial (in-house ‘court’ trial) at the State Command Provost Office. The ASP will be appearing before the Force Disciplinary Board sitting in Abuja and their recommended punishments will be forwarded to the Police Service Commission for approval.

3. Meanwhile, the CP assures that as soon as the internal disciplinary proceedings have been duly exhausted and culpability of the indicted officers established, they will be arraigned in a court of competent jurisdiction for prosecution.