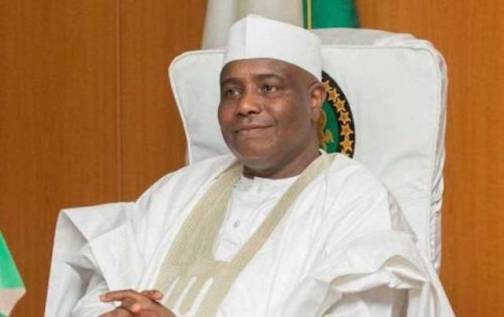 On the shopping list are cars for judiciary, fertiliser for farmers, water and housing projects.

The Secretary to the state government, Alhaji Saidu Umar disclosed this while addressing newsmen at the end of the state Executive Council meeting on Friday.

He said the decision to secure the loan was taken by the council members in line with the state government’s effort to seek better ways of improving the lot of the people of the state.

The SSG said the decision to obtain the loan was aimed at improving the peoples lives and promote economic development across the state.

He explained that N550 million would be spent on procurement of 200 generators to provide safe drinking water in rural areas.

He added that N140 million would be spent on the procurement of water resources implements.

According to him, N4 billion would be accessed from the Central Bank of Nigeria (CBN) for agricultural loan facility as a counterpart funding.

” The sum of N10 billion will be sourced to finance the payment of contractors that would execute contracts awarded under the State Universal Basic Education Board
(SUBEB).

” The sum of N3 billion would be required for the procurement of fertilizer to be sold to farmers at subsidized rate while N5 billion is to be sourced for the provision of healthcare facilities within the state,” Umar said.

He added that other developmental projects that would be executed with the loan include the state housing project at Gidan Salanke which needs N1.5 billion.

” Purchase of cars for judiciary staff at the cost of N320 million and the organizing and execution of the 2020 Hajj that would require N1 billion.

” The facilities are to be sourced from commercial banks like Skye Bank, Access Bank and Zenith Bank with intent to fast track development in various sectors,” he said.

In his remarks, the State Commissioner for Information, Alhaji Isah Bajini-Galadanchi, said the loan would be serviced within 36 months pointing out that the facility would not be a liability for the next administration.