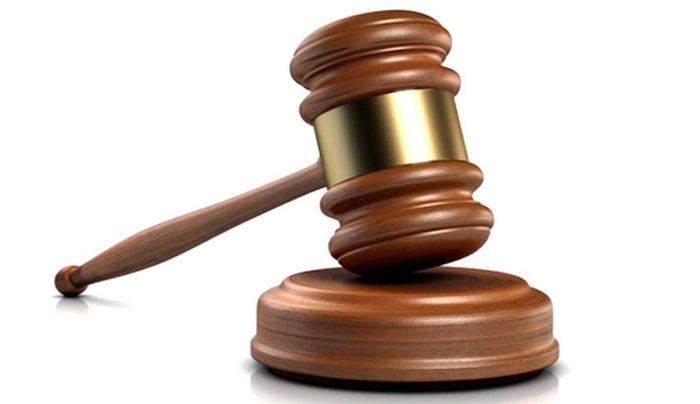 However, the fifth suspect,alleged to be at large Adams Akeem, was arraigned in absentia.

In a four-count criminal charge filed against the accused persons, by the Economic and financial crimes commission (EFCC), it was alleged that on the June 12, 2017, all the accused persons conspired among themselves to deal in petroleum products without lawful authority.

They were also alleged to have unlawfully stored 1080 Metric Tons of AGO in MT Vine’s cargo tank,and was equally distributing same.

The offences alleged to have been committed by the accused persons are contrary to sections 19(6), 17 and 4 of the Petroleum Act. Cap. P. Laws of the federation of Nigeria, 2004, and punishable under section 17 of the same Act.

All the accused persons pleaded not guilty, after the charges were ready to them.

However, the presiding Judge, Justice Rilwan Aikawa, ordered that all the accused persons be remanded in EFCC’s custody till October 6, to rule on their bail applications.

Following the arraignment of the accused persons, the EFCC prosecutor, Mr. Rotimi Oyedepo told the court that he intends to open his case in line with section 300 of the Administration of Criminal Justice Act (ACJA).

Consequently, upon Oyedepo’s application, the first prosecution witness, an operative of EFCC, Mr Egeerue Cajetan, was called into the witness box.

In his evidence-in-chief, Cajetan led by Mr Oyedepo told the court that on July 19, 2017 the Nigerian Navy handed over the vessel ‘MT Vine’ and the suspects to EFCC after an earlier letter dated July 17, notifying the Commission of the arrest around Lagos save ancorage.

He added that the Navy said the vessel and its crew members were arrested based on intelligence report that the vessel was carrying Automated Gas Oil, AGO, believed to have been stolen.

The witness also told the court that the Nigerian Navy in thier letter to the Commission stated that preliminary investigation carried out revealed that the product does not meet the true specification, while further investigation carried out by the EFCC in conjunction with the Department of petroleum Resources (DPR), National Maritime Administration and Safety Agency (NIMASA), also revealed that the vessel and the company operating it in Nigeria, Maxweir Limited did not have an operating license to lift petroleum products

The case has been adjourned till October 6,2017, for continuation of trial and ruling on the bail applications of the accused persons