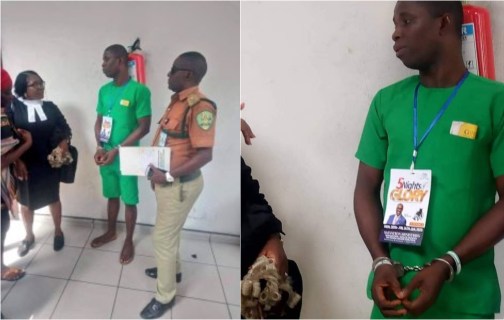 His murder trial was however stalled due to the absence of his counsel Vincent Chuku, who was expected to continue the cross-examination of prosecution witnesses.

The State Prosecution Counsel, Chidi Ekeh and Lezina Amegwa, Counsel to the 2nd Defendant identified as Nimi ThankGod, told the court that all effort to reach Chuku proved abortive.

Justice Adolphus Enebeli who ordered that the hearing notice be served to Vincent Chuku before the next adjourned date, stated that he can’t withdraw from the case on his own.

The case was then adjourned till January 24.

West who earlier confessed to the killings of 15 women across seven states, made a u-turn and pleaded not guilty to the 10-count murder charge levelled against him.

David-West, an alleged repentant cultist, told newsmen that he derives joy in strangling young women in hotels whenever the urge to kill comes. He claimed that he did not cut his victim’s vital parts.

David-West was apprehended while trying to escape the intense heat his actions were generating in the state after a CCTV of him in a hotel emerged and went viral on social media.