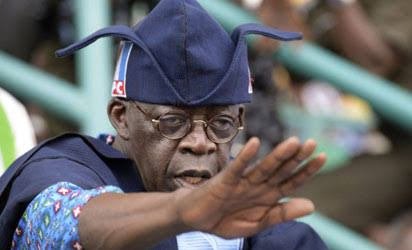 Born on that day into an illustrious family. Born on that day of iconic parents. Born on that day into a country yet seeking to cast away the yoke of colonialism. Born, as every other mortal, into a struggle for existence, a struggle for relevance, a struggle for distinction. He early showed traits of distinction. Some swim in pools for pleasure. Some swim in hometown rivers and streams for leisure. Some with guts swim in wide seas, but close to the shore. Others with even more guts attempt to swim even farther. Yet, some, the courageously determined few and outliers of the homo sapiens, swim deep beneath the oceans with the sharks and, come back afloat with treasures deserving of only the brave and daring.

He belongs to this latter magical class. Such daring he embraced early in life. Such bravery has thus far marked the trajectory of his life. Like “they that go down to the sea in ships, that do business in great waters,” he has seen the wonders in the deep (The Holy Bible, Psalm 107:23-24). He has done well to heed the path admonished by British Nobel laureate, Rudyard Kipling, in the poem, “IF” written circa 1895.

For, as commended by Kipling, he keeps his head when all about him are losing theirs and blaming it on him. He trusts himself when all men doubt him and yet, makes allowance for their doubting. He is patient, never tired of waiting when the situation calls for waiting. Being lied about, he will not deal in lies. Being hated, he does not give in to hating and will never look too good or too wise. He accepts the advice to Kipling’s son. So, he dreams. He is the quintessential visionary dreamer. Yet, dreams are not his master. He thinks but does not make thoughts his aim. He has met, and meets, with triumph and disasters. But he wisely treats those two impostors just the same. His words have been twisted by knavish foes and treacherous friends to make a trap for fools. Watching the things that he gave his life to broken, mangled and trampled, he stoops and builds them up with worn-out tools.

A devoted student of the British Nobel laureate’s school of stoicism, he readily and regularly makes a heap of all his winnings, risking it on one turn of pitch-and-toss. When he loses, he starts again at the beginning, never breathing a word about his loss. He has trained his heart and nerve and sinew to serve him long after other mortals have lost heart and nerve and mind. He holds on even when there is nothing left “except the will which says to them: ‘Hold on!’”

Talking with crowds, he keeps his virtue. Walking with kings, he does not lose the common touch. Neither foes nor loving friends can reach his inner sanctum of peace. All men count with him, yet none too much. He fills the unforgiving minute with 60 seconds’ worth of distance run.

He is like the wild boar in Aesop’s The Wild Boar and the Fox. Aesop told of a fox, who saw a Wild Boar sharpening his tusks. The fox asked why. The boar said that it would be foolish to not be ready and have to sharpen them when needed. “Be prepared,” is the moral of the fable, Aesop said. In the same vein, ‘always prepared,’ would be a worthy sobriquet for him of whom I write.

He is the man who, in the esteem of Ella Wheeler Wilcox, has “acquired the art of being alive.” For, Ella Wheeler Wilcox rightly noted that “no difficulty can discourage, no obstacle dismay, no trouble disheartens the man who has acquired the art of being alive. Difficulties are but dares of fate, obstacles but hurdles to try his skill, troubles but bitter tonics to give him strength; and he rises higher and looms greater after each encounter with adversity.”

He is the “Man in the Arena” in Theodore Roosevelt’s speech titled “Citizenship In a Republic” and delivered at the Sorbonne, in Paris, France, on April 23, 1910, where he famously said, “It is not the critic who counts; not the man who points out how the strong man stumbles, or where the doer of deeds could have done them better. The credit belongs to the man who is actually in the arena, whose face is marred by dust and sweat and blood; who strives valiantly; who errs, who comes short again and again, because there is no effort without error and shortcoming; but who does actually strive to do the deeds; who knows great enthusiasms, the great devotions; who spends himself in a worthy cause; who at the best knows in the end the triumph of high achievement, and who at the worst, if he fails, at least fails while daring greatly, so that his place shall never be with those cold and timid souls who neither know victory nor defeat.”

The exceptional man of whom I write is the man of strength described by Mahatma Gandhi, when he said, “strength does not come from physical capacity. It comes from an indomitable will.” His is the spirit described by Kilroy J. Oldster in Dead Toad Scrolls, when he wrote: “Some people never stop working, especially the demanding type of person whom the world never seems to touch, the indomitable person who is determined to make the world their own place.” He is the wise perpetual student in Aristotle’s contemplation when he said, “The only true wisdom is in knowing you know nothing.” He is the sober meditator eulogised by Socrates when he said, “The unexamined life is not worth living.” He is the man of action who has imbibed the truism in Patrick Ness’ “A Monster Calls” quote: “You do not write your life with words, you write it with actions. What you think is not important. It is only important what you do.” He is all these and much more.

It is no wonder then that he excelled academically during his schooldays. No wonder that he graduated with honours from the Chicago State University, Illinois, after attending the Richard Daley College. Armed with qualifications in Business Administration (Accounting Management) and sterling character strengths, it is no wonder that he distinguished himself working for American companies, including Andersen, Deloitte, Haskins and Sells, where he participated in the auditing, management and consultancy services for massive corporations such as General Motors, First National Bank of Chicago, Procter & Gamble, International Harvester and GEC. He also worked at GTE Service Corporation and, after returning to Nigeria, in 1983, worked at Mobil Producing Nigeria, where he retired as the company treasurer.

Elected into the Nigerian Senate at age 41, is it any wonder that the mantle fell on such a man of indomitable will to spearhead the opposition to incursive military rule? Is it any wonder that he soon became the rallying point and strategic voice for all the opposition figures in the dark days following the annulment of the presidential election of June 12, 1993? Is it surprising that he was at the forefront of the global assault on the regime of General Sani Abacha?

As the bold and creative visionary, he was the governor that re-defined governance after years of mismanagement by the military. He was the governor with the courage and vision to fight all the way to the Supreme Court to establish the fiscal rights of states in the federation. He was the politician with acumen and endurance to organise the political opposition that kiboshed the 16 years of an entrenched, powerful but ineffective political party.

A wonderful husband to the beautiful, amiable, and popular Senator Oluremi Tinubu. A doting father to lovely and successful children. A brilliant accountant. A dogged and courageous activist. An excellent governor. A distinguished senator. A prolific thinker. The quintessential political organiser. A leader of men. A manager of resources. A counsellor par excellence. A man of vision and the father of modern Lagos State.

Creating and forming strategic, effective, and victorious alliances across political, ethnic and economic divides, he is the epitome of the founding vision for a united Nigeria. Mostly respected, widely celebrated, but sometimes rebuffed, he remains an unrepentant and indomitable advocate for a modern, democratic, just, equitable, prosperous, and united Nigeria that respects and guarantees the rights of the federating units.

I write in celebration of his sixty-six-and-counting amazingly consequential years. He has put his feet in the right place. He stands firm. He is, His Excellency, Asiwaju Bola Ahmed Tinubu.