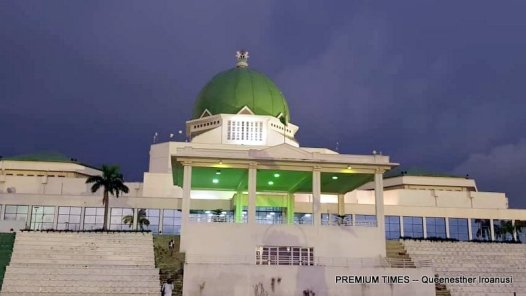 In 2019, the Independent Corrupt Practices and Other Related Offences Commission (ICPC) released a report on how federal lawmakers, in connivance with executing agencies, have perfected fraudulent means of pocketing billions of naira under the guise of constituency projects.

The report fingered Small and Medium Enterprise Development Agency of Nigeria (SMEDAN) and Border Communities Development Agency (BCDA), two agencies described as “conduits for embezzling funds” by federal lawmakers because of the size, type and number of projects domiciled under them.

Independent checks by PREMIUM TIMES, in the penultimate year, affirmed this: over 391 projects were smuggled by federal lawmakers into the budgets of the two agencies. This year too, over 300 projects found their way into the two agency’s budgets — this time around with a baggage of overpriced projects.

Further checks by this newspaper into the 2020 budget signed last month by the president have now shown that not less than 20 more agencies have their budget lines stuffed with projects which were ‘sneaked’ in by the legislators.

These projects account for the vast cut of the ₦264 billion for which the signed budget differs from the proposed figures.

A large chunk of these projects are capacity building and empowerment programmes. But the said ICPC report has categorised projects of these nature as “free money without accountability, aside from being difficult to track.”

The report recommended that such projects should be suspended from the nation’s budget cycle. Yet, this year’s budget is dotted with a slew of them.

Apart from empowerment and capacity building projects, analysis by this newspaper showed the the projects, domiciled under these agencies, range from misplaced mandate (such as an agric agency building schools) to false location (agencies planning to execute projects where they have no branch), overpriced, to vague projects.

Below are the 20 agencies with their questionable projects:

By comparison, while National Assembly votes that much for its own building, all that is earmarked by the government for capital projects by the Federal Roads Maintenance Agency (FERMA) — the agency saddled with repairing broken federal roads across Nigeria — is ₦36.6 billion.

The money for the renovation of the parliament building is not part of ₦128 billion voted for the National Assembly this year. Some lawmakers have berated this.

However, PREMIUM TIMES found that its mandate has shifted because lawmakers made room for projects such as the “rehabilitation, surface dressing and construction of drainages of rural roads in selected locations in Isuiwato/Umunneochi federal constituency” for ₦500 million and “supply of mobile kiosks, mobile kitchen and modern SME tools entrepreneurial training for prospective entrepreneurs in Nigeria” for ₦730 million. About 200 more projects of this nature exist in the agency’s budget.

But it appears it would doing more of implementation this year, based on the projects it has under its purview. It would go into construction of mini grid solar system for “small businesses” and “educational institutions” in selected LGAs, each for ₦1 billion.

This same agency, with ₦500 million, would provide street lights to the College of Education, Waka — the same item it would erect in Katsina South Senatorial District ₦200 million.

However, some of the projects it would oversee this year have nothing to do with research or understudying water bodies.

Of the 45 projects domiciled under the institute, 31 are either empowerment or capacity building projects.

It would spend ₦550 million on “rural to urban mass transit empowerment programme in selected local government areas.” It would also distribute “empowerment items to aspiring artisans and entrepreneurs” in all the six geopolitical zones of the country, each for ₦1 billion.

But based on its projects for this year, it would deviate from this mandate.

2b6bc9d9-a814-4aed-9474-a5ad99a0b66e (2)
The budget passed and signed by the president has entrusted the institute with the responsibility to construct 20km road across all six geopolitical zones for ₦1.27 billion.

Also, with ₦1 billion, it would construct Hauwadai Township road. This is notwithstanding its plan to construct classrooms in 11 locations in Plateau State with ₦80 million.

About 70 per cent of its proposed projects are empowerment based.

It would repeat this same project three times this year, all at the total cost of ₦768 billion — first for ₦255 million, then ₦256 million and ₦257 million.

It also has projects slated for Enugu, Niger, Delta and Rivers States. Whereas, save for the latter two, it does not have outstations in any of the other states. The outstations of the agency are located in Ibadan, Kano, Lagos, Maiduguri, Port-Harcourt, and Sapele.

Again, 80 per cent of NSPRI’s projects (55 of 68) projects), are capacity building and empowerment projects which ICPC advised should be suspended.

Surulere 2 is the constituency of the Speaker of the House of Representatives, Femi Gbajabiamila.

Not only does the Centre not have a branch in Lagos, it was established to “reduce drudgery and improve the quality of agricultural production and ensure food security for the nation.”

Although, it is a school in Abia State, it now has projects it plans to execute in Bauchi, Rivers, Anambra, Ebonyi and others.

Aside projects it would execute in each of Enugu Gombe, Borno, Adamawa, Yobe, Kaduna, and Edo states, the Ibadan-based agency would provide “laptops for students in selected secondary schools in both Coker Aguda and Itire Ikate, Surulere, Lagos,” for ₦200 million.

Ordinarily, it should be focusing on forestry development and environmental protection.

Ideally, it should be offering Ordinary and Higher Diplomas to students in courses under fishery technology.

16-20. River Basin Development Authorities (RBDA)
Instead of shouldering the responsibility of managing water resources for agriculture and other uses with its budgeted capital expenditure, the River Basin Development Authorities (RBDA) across the country would, this year, plan to construct roads and boreholes. There are 11 of such agencies in the country.

Analysis of the budget of Anambra/Imo RBDA also showed that it would construct four solar powered boreholes in Gombe south senatorial district with ₦285 million.

The spokespersons of both chambers — Godiya Akwashiki and Benjamin Kalu — and the chairmen of the two houses’ committees on appropriation — Jibrin Barau and Muktar Aliyu did not respond to phone calls, text and Whatsapp messages requesting their comments on the report.

Also, calls to SMEDAN were not answered. Calls to the contact numbers on BCDA, NCAM, NDE, and NSPRI’s websites did not connect. A representative of the Energy Commission declined to comment on the matter. A spokesperson of the Institute of Oceanography, Mavis Jeba, said projects out of its mandate that are constituency projects are monitored by them.

“We send people out to monitor it. If it is constituency projects and they carry it through our office, definitely we have to monitor it,” Ms Jeba said over the phone.

Meanwhile, in response to an earlier story by this newspaper, the Office of the Senior Special Assistant to the President on Millennium Development Goals (OSSAP-MDGs) had explained that it does not determine the allocation to it in the budget. Rather, the president and the National Assembly do, it wrote in an email to PREMIUM TIMES.

“The Office also wish to state that aside the opportunity to defend its budget proposal before the relevant committees at the National Assembly, the Office of the Senior Special Assistant to the President on SDGs has no power whatsoever over allocation to it in the annual budget,” the email read.

“As such, the responsibility of ‎the Office over the years has been limited to implementing the budget as duly signed by the President, subject to release of funds appropriated for the different sub-heads‎.”
Source: Premium Times