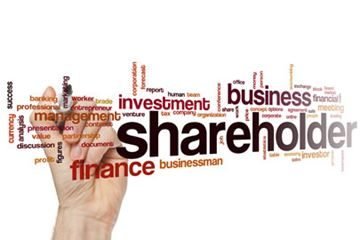 The shareholders gave the approval at the bank’s 56th Annual General Meeting held in Lagos.

The dividend was in addition to the 20k per share paid as interim dividend earlier.

Speaking at the meeting, Mr Boniface Okezie, the National Chairman, Progressive Shareholders Association of Nigeria (PSAN), commended the board and management for the dividend in spite of unfriendly operating environment.

Okezie lauded the bank for the enhanced dividend and its great work as well as achievements in the continent.

He said that the bank had showed that good things could come from Africa, noting that the bank would continue to showcase the strength of Africa.

The shareholder activist urged the board and management of the bank to live up to the desired expectation.

Okezie , however, called on the shareholders to leverage on the Securities and Exchange Commission (SEC) e-dividend initiative in order to bring down the bank’s unclaimed dividend totaling about N7 billion.

Mr Nona Awo, a shareholder urged the bank’s management on investors’ enlightenment on the benefits of e-dividend.

Awo said that the bank should engage the company secretary and the registrars to tackle the unclaimed dividend figure.

He also commended the bank’s subsidiaries for improved contribution to the company’s performance indicators.

Mr Timothy Adesiyan, Grand Patron, Nigerian Shareholders’ Solidarity Association, appreciated the bank for the dividend and achievement during the year under review.

Adesiyan said that the bank should conform to regulatory rules and regulations to avoid payment of unnecessary fines.

Responding, Mr Tony Elumelu, the bank’s Chairman, assured the shareholders of enhanced returns in the years ahead.

Elumelu said the bank had opened a banking license few months ago to operate UBA London, noting that it would continue to increase its footprint across the globe.

On unclaimed dividends, he said that the bank would continue to create e-dividend awareness in partnership with APR Registrars to reduce the figure.

Mr Kennedy Uzoka, the bank’s Group Managing Director, said that the bank would leverage its Pan-African platform to deepen and formalise intra-Africa trade through cross border synergies across its group operation.

Uzoka said that the bank would focus on growing its market share and would remain committed to sustainable banking principles and risk management practices.

“Notwithstanding the ever increasing competition from traditional peers and emerging Fintechs, we are approaching 2018 with strong optimism,’’ he said.

Uzoka said that the bank had made a lot of investment in technology to drive business operations.

He assured the shareholders that the bank would ensure efficient service delivery in its operations.

The company posted profit before tax of N105.26 billion during the period compared to N90.64 billion in the previous year.

Its profit after tax stood at N78.59 billion in contrast with N72.26 billion in the comparative period of 2016.