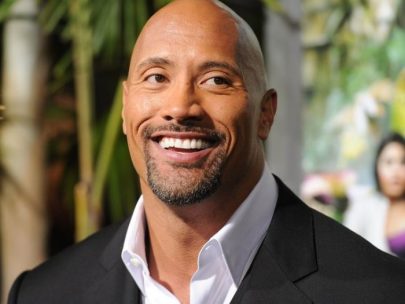 Forbes Magazine on Wednesday released the list of the highest paid actors in the world in 2019, with Dwayne Johnson topping the list.

Dwayne Douglas Johnson, also known by his ring name ‘The Rock,’ is an American actor, producer, and former professional wrestler. Johnson was a professional wrestler for the World Wrestling Federation for eight years prior to pursuing an acting career. He tops the Forbes list of the world’s 10 highest-paid actors, collecting $89.4 million between June 1, 2018 and June 1, 2019.

That includes his salary and a share of profits from films, $700,000 per episode of HBO series “Ballers,” and seven figures in royalties from his line of clothing, shoes and headphones with Under Armour.

Christopher Hemsworth is an Australian actor. He rose to prominence playing Kim Hyde in the Australian TV series Home and Away before leaving to begin a film career in Hollywood. Hemsworth appeared in the science fiction action film Star Trek (2009) and the thriller adventure A Perfect Getaway (2009) before gaining positive reviews in the horror comedy The Cabin in the Woods (2012).

Hemsworth’s greatest commercial successes have been with the Marvel Cinematic Universe, playing Thor, beginning in Thor (2011) and most recently with Avengers: Endgame (2019), for which he has been nominated for and won numerous awards. His work with the franchise have established him as one of the leading and highest-paid actors in the world, with a worth of $76.4 million.

Robert Downey Jr. is an American actor, producer and singer. His career has been characterized by critical and popular notoriety in his youth, followed by a period of substance abuse and legal troubles, before a resumption of critical repute and resurgence of commercial success in middle age.

In 2008, Downey was named by Time magazine among the 100 most influential people in the world, and from 2013 to 2015, he was listed by Forbes as Hollywood’s single highest-paid actor. His films have grossed over $5.8 billion in North America and $14.4 billion internationally, making him the second-highest-grossing box-office actor to date both domestically and worldwide. Downey went on to star as the Marvel Comics superhero Tony Stark / Iron Man in ten films within the Marvel Cinematic Universe, beginning with Iron Man (2008) and concluding with Avengers: Endgame (2019). On Forbes list for 2019, he is the third highest paid actor, with a worth of $66 million.

Rajiv Hari Om Bhatia, born 9 September, 1967, known professionally as Akshay Kumar, is an Indian-born Canadian actor, producer, television personality, martial artist, stuntman and philanthropist who works in Bollywood films. In a career spanning over 29 years, Kumar has appeared in over 100 films and has won several awards, including the National Film Award for Best Actor for his performance in Rustom (2016), and two Filmfare Awards for Ajnabee (2001) and Garam Masala (2005).

As of 2019, according to Forbes, Akshay was the fourth highest paid actor in the world and the highest paid in India, with a worth of $65 million.

Chan Kong-sang, born 7 April 1954, is known professionally as Jackie Chan, He is a Hong Kongermartial artist, actor, film director, producer, stuntman, and singer. He is known for his acrobatic fighting style, comic timing, use of improvised weapons, and innovative stunts, which he typically performs himself, in the cinematic world. He has trained in Wushu or Kung Fu and Hapkido, and has been acting since the 1960s, appearing in over 150 films. According to Forbes ranking, he is the 5th highest paid actor in 2019, with a worth of $58 million.

Bradley Cooper, born on January 5, 1975 is an American actor and filmmaker. He has been nominated for many awards, including seven Academy Awards and a Tony Award, and has won a Grammy Award and a BAFTA Award. Cooper appeared in Forbes Celebrity 100 on three occasions and Time‘s list of 100 most influential people in the world in 2015. His films have grossed $11 billion worldwide and he was named one of the world’s highest-paid actors for three years.

Cooper was the rare actor who can thank a bet on himself for his 2019 ranking. The actor earned only about 10% of his $57 million payday for voicing Rocket Racoon in Avengers. Seventy percent came from A Star Is Born, the smaller musical drama that he directed, produced, cowrote and starred in with Lady Gaga. The movie was a passion project for Cooper, and he forfeited any upfront salary to go into the film and Gaga’s salary. It paid off—the movie, which had a production budget of only $36 million, grossed $435 million worldwide, leaving Cooper with an estimated $40 million.

Born on September 9, 1966, Adam Sandler is an American actor, comedian, screenwriter, film producer, and musician. After becoming a Saturday Night Live cast member, Sandler went on to star in many Hollywood feature films that combined have grossed over $2 billion at the box office. His film roles include Billy Madison (1995), the sports comedies Happy Gilmore (1996) and The Waterboy (1998), the romantic comedy The Wedding Singer (1998), Big Daddy (1999), Mr. Deeds (2002), Grown Ups (2010), Grown Ups 2 (2013) and voicing Dracula in the Hotel Transylvania franchise (2012-2018). In 2019, he is worth $57 million to tie at sixth position with Bradley Cooper as Forbes sixth highest paid actor.

Chris Evans, born June 13, 1981, is an American actor. Evans is known for his superhero roles as the Marvel Comics characters Steve Rogers / Captain America in the Marvel Cinematic Universe and the Human Torch in Fantastic Four (2005) and its 2007 sequel.

Evans began his career on the 2000 television series Opposite Sex. Besides his superhero films, he has appeared in such films as Not Another Teen Movie (2001), Sunshine (2007), Scott Pilgrim vs. the World (2010), Snowpiercer (2013), and Gifted (2017). In 2014, he made his directorial debut with the drama film Before We Go, in which he also starred.In 2018, Evans made his Broadway debut in a production of Lobby Hero. In 2019, Forbes rates him the eighth highest paid actor.

He ranks ninth in Forbes’ highest paid actors in 2019.

Will Smith is an American actor, rapper and media personality. In April 2007, Newsweek called him “the most powerful actor in Hollywood”. Smith has been nominated for five Golden Globe Awards and two Academy Awards, and has won four Grammy Awards.

In the late 1980s, Smith achieved modest fame as a rapper under the name The Fresh Prince. In 1990, his popularity increased dramatically when he starred in the NBC television series The Fresh Prince of Bel-Air, which ran for six seasons until 1996. After the series ended, Smith transitioned from television to film and went on to star in numerous blockbuster films. He is the only actor to have eight consecutive films gross over $100 million in the domestic box office, eleven consecutive films gross over $150 million internationally, and eight consecutive films in which he starred open at the number one spot in the domestic box office tally.

93 Million Nigerians do not have access to electricity – NGO